The RBI (Reserve Bank of India) in its Second-Quarter Review of Monetary Policy 2013-14 hiked the repo rate by 25 bps (basis points) to 7.75%. The central bank kept the CRR (cash reserve ratio) unchanged at 4%.  The repo rate is the rate at which banks borrow from RBI and one basis point is equivalent to 0.01%. RBI Governor Raghuram Rajan, in his second policy review, has cut MSF (marginal standing facility) rate by 25 bps to 8.75%. Consequently, the reverse repo rate under the LAF stands adjusted to 6.75 per cent and the Bank Rate stands reduced to 8.75 per cent with immediate effect. With these changes, the MSF rate and the Bank Rate are recalibrated to 100 basis points above the repo rate.

Since the Mid-Quarter Review in September, the outlook for global growth has improved modestly, with fiscal concerns abating in the US and lead indicators of activity firming up in the Euro area and the UK. In emerging and developing economies, the prospect of delay in the taper of the Federal Reserve’s bond purchases has brought calm to financial markets, and capital flows have resumed. Nevertheless, headwinds to growth from domestic constraints continue to pose downside risks, and vulnerabilities to sudden shifts in the external environment remain. In the meantime, with many large entities holding back on payments, liquidity pressures are building up on small and medium enterprises. A number are facing conditions of financial distress. Remedies partly lie in the speed-up of government and public sector payments, and on measures to channel credit to small and medium enterprises. Inflation measured by the wholesale price index (WPI) rose in September for the fourth month in succession. The pass-through of rupee depreciation into prices of manufactured products is acting, along with elevated food and fuel inflation, to offset possible disinflationary effects of low growth. While food price pressures may ease with the arrival of the kharif harvest and the usual seasonal moderation, overall WPI inflation is expected to remain higher than current levels through most of the remaining part of the year...Read More

The need for good governance comes to the fore: RBI

Financial inclusion is not a new dispensation: RBI

Repo rate hike of 25 bps cannot be ruled out in December: CARE

Rate hike may not be that sharp going forward: Muthoot Finance

Short term rates to ease due to cut in MSF rates: FTI

RBI will have to continue to its staring contest with inflation: HSBC

Any rate hike in future may disturb liquidity easing measures

Credit policy revision was as per market consensus: ZyFin

Increase in the repo rate was along expected lines: Chanda Kochhar

Crude Oil production (weight: 5.22%) increased by 0.6% in September,2013 over September, 2012.However, its cumulative index during April to September, 2013-14 moderated by 1.3% over the corresponding period of previous year.

Petroleum refinery production (weight: 5.94%) registered a growth of 8.0% in September, 2013 over September, 2012,and its cumulative growth during April to September, 2013-14was5.3% over the corresponding period of previous year.

Steel production (weight: 6.68%) recorded a growth rate of 6.6% in September,2013over September, 2012.The cumulative growthduring April to September, 2013-14 was 4.5%over the corresponding period of previous year...Read More

Jignesh Shah resigns from board of MCX

Financial Technologies (India) Limited Founder Chairman, MD & CEO, Mr. Jignesh Shah today announced his decision to resign from the board of Multi Commodity Exchange of India Ltd (MCX). Speaking on the issue of FMC's show-cause notice on 'fit and proper', Jignesh Shah said: "A detailed reply has been filed addressing all the concerns raised in the regulator's show cause notice" Shah' has helped develop commodity markets in India and set up MCX from grass root to a globally ranked #2 commodity futures exchange in the world. He further adds: "The NSEL crisis has destroyed everything that I have worked hard to build over past two decades". My loss is not just financial but what has hurt me and my family most is the concerted effort to destroy my credibility and trust for which I have lived by all my life." Speaking on MCX he said "I have worked tirelessly along with my team for creating institutions such as MCX and putting India on the global map. I don’t want any event or anything to undermine their reputation and want to ensure that the shareholder and investor interests are not harmed by the mud-slinging that has been done towards the entire range of institutions that have been created by the Group"

Petrol price was reduced by Rs 1.15 a litre, while diesel prices were raised by 50 paise per litre. Report said that this move announced by oil companies are excluding local sales tax or VAT and will be effective midnight tonight. Petrol price in Mumbai will cost Rs 78.04 a litre, while in Delhi, it will be cut by Rs 1.38 to Rs 71.02 per litre. Report stated that the diesel price was hiked by 50 paise, excluding VAT. The diesel price in Delhi has been increased by 56 paise to Rs 53.10 per litre, while it would cost Rs 60.08 in Mumbai as compared to Rs 59.46 currently.

Mukesh Ambani has retained his title as India's wealthiest for sixth year in a row, with a networth of $ 21 bn, according to Forbes. While NRI steel tycoon Lakshmi Mittal ($ 16 billion) continues to hold the second position, with Sun Pharma's Dilip Shanghvi joining to third place to $ 13.9 bn." IT czar Azim Premji has fourth place ($ 13.8 billion). Pallonji Mistry, has moved down one place to fifth rank with a networth of $ 12.5 bn. NRI businessmen Hinduja brothers moved up to sixth place (USD 9 billion), from their 9th position last year. 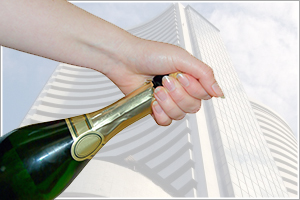 It turned out to be a memorable week for the bulls as the BSE Sensex hit an all time high for the first time after five years and ten months while NSE Nifty closed just shy of hitting the summit. The rally was aided by strong fund flows in the equity markets, as the FIIs pumped in approximately Rs. 160bn in October. As widely expected, RBI raised the policy repo rate by 25 bps to 7.75% affirming its stance of curbing inflationary pressures and containing inflation expectations. With currency stabilizing post abatement of external sector risks, the central bank further reduced the MSF rate by 25bps to 8.75%. Absence of any negative shocks in asset quality within PSU banking results announced so far fuelled markets hopes that the worst is over for them. Trading at abysmally low valuations, PSU Banks rallied this week. With the RBI meet out of the way, market participants would again shift their focus on global cues. The Services and Composite PMI for month of October would be one of the data to watch out for. Corporate results on the other hand will continue to pour in with heavyweights like BHEL, Tata Motors and PNB lined up to announce their quarterly earnings next week. For markets to sustain at historic levels, broad based participation is indispensable going forward. During the week, BSE Sensex and NSE Nifty gained 2.5% each...Read More

Click below for the India Infoline Weekly Newsletter:
https://content.indiainfoline.com/Newsletter/wkly797.html

All the news on India Infoline:
https://www.indiainfoline.com/