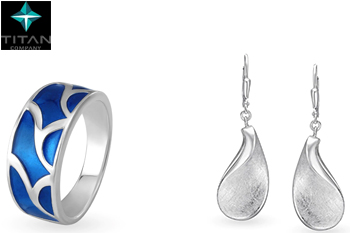 Shares of Titan extended rally on the stock exchange after Jewellery division did very well in Q2, with a recovery rate of around 98% (excluding the sale of raw gold) in Q2, compared to the revenue of same quarter in last year.

The recovery rate in metros that have got impacted the most by the pandemic has been improving gradually. Non-metros seem to have recovered substantially and many cities have actually recorded growth compared to last year. Sales in September month has been decent, despite the inauspicious period of 'Shradh'. The festival season will commence about 15 days later in the current year.

The quarter, like last year, had a studded activation which saw a decent response but the studded ratio is yet to recover to previous year levels. Sale of gold coins has also been high reflecting the customer's preference to invest in gold as an asset class. The wedding jewellery segment did particularly well in the quarter. The Company continued to sell excess gold in its inventory and the quarter had a sale of ~Rs390cr of raw gold. This has helped improve the cash flow of the division significantly.

The Company's return to normalcy on the business front has been progressing well with the almost complete lifting of restrictions in a phased manner over the last few months across the country. There has been greater acceptance of the new normal amongst consumers and they have been getting back to many of their routine activities leading to a positive on the walk-ins to the stores and time spent in stores. The Company is now gearing up to gain well from the upcoming festival season which is expected to further uplift the mood of the consumers.

Watches & Wearables division had a recovery rate of around 55% in Q2, compared to the revenue of the same quarter in last year, with a recovery of ~70% in the September month. E-commerce is leading the recovery with absolute growth but the trade channel continues to pose challenges primarily due to destocking.

The recovery rate for the business has been steadily increasing month on month driven by primarily by increasing walk-ins to the stores. The conversion rate and ticket size (led by high-value customers} has been tracking higher compared to pre-Covid levels.

Eye Wear division had recovery of ~58% in Q2, compared to the revenue of the same quarter in last year, with a recovery of~ 70% in the September month.

Other Businesses:
'Taneira' launched its first store in Chennai during the quarter gone by, taking the total store count for the business to thirteen covering six cities. Further, all existing stores of Taneira' re-opened post lockdown and were operational at the end of Q2. The brand launched 'Tasvi' festive collection, an exquisite collection of sarees inspired by the cultural and design elements of the three Goddesses - Durga, Laxmi and Saraswati. The recovery rate for Fragrances and accessories was around 50%, dragged down by slow recovery of the two of the biggest channels, trade and LFS. LFS has been slow on account of the lower walk-ins into malls. Trade has been slow mainly on account of the tight financial position of most dealers. E-commerce channel has done well.