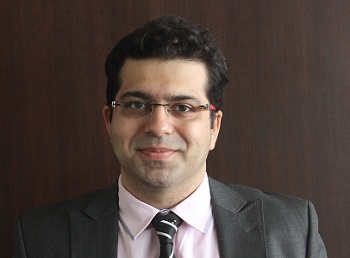 The Indian co-working industry has seen a phenomenal growth in the last few years. However, there are some key changes that co-working firms are expecting around GST and taxation in Budget 2019. Input tax credit under GST is an important issue that concerns the sector. The companies are expecting that the government would enable co-working firms to claim input credits on work contract and construction services supplied, as detailed under GST provisions. This would check the increased outflow of cash that co-working firms are currently experiencing. The firms are hoping that input tax credit under GST be extended to developers so that it is passed on to companies who lease out space and thereby reduce their overall costs. This would significantly aid faster growth of co-working business in the country.

Co-working has become a thriving ground for start-ups and is encouraging their growth within its ecosystem. To make this growth upbeat and continuous, co-work firms are looking forward to developments in the government’s smart cities initiative, as companies are looking for improvement in infrastructure to expand in metros and make a move into Tier II and Tier III cities too.

Co-working firms are also expecting that the government would curb or altogether eliminate angel tax this Union budget, as it would enable the firms to lease more spaces for start-ups, enterprises, MSMEs and entrepreneurs. Angel tax, many believe would destroy the start-up edifice and indirectly co-working firms would desist from leasing co-work spaces. Angel funding is now being considered as income and is being taxed at the full income tax rate of 30 per cent. This will detract higher investment in co-working spaces.

Co-work firms are also hoping that bank funding for start-ups is enhanced from Rs25 lakh to Rs1cr to make available greater access to financial resources to start-ups. Also considering that startups do not earn the profit in their initial business years, we expect that the government can lower the income tax slabs for start-up employees, which will aid start-ups to reduce costs. Hence, we look ahead to some important tax exemptions that would give an enhancement to all existing and upcoming start-ups and which would increase demand for co working spaces.

In conclusion, co-working spaces are experiencing a high growth trajectory in India. The firms are expecting that the government would introduce policies in the budget that would be favourable to them in the areas of de-regulation, taxation and input tax credit. The firms are looking to lease a greater amount of space as the current demand is high. Co-work space is expected to be a $2.2-billion market in India by 2022 and hence there is a need for new space as well as the conversion of existing traditional office spaces into modern co-working spaces. An important concern is the need to cut through paperwork. In overall terms, the ease of doing business will determine the growth rate of co-working firms in India over the next few years.