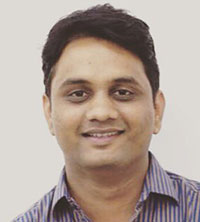 The EV scenario in India is getting better each day as companies are working towards adopting technology at a faster pace.

Kapil Shelke, CEO & Founder, Tork Motors, leads innovation and design at Tork Motors. He is responsible for business expansion, overlooks the design and the engineering of their proprietary electric motorcycle, T6X. His journey with Tork started after their first prototype of the bike winning at Isle Of Man in 2009, world's premier electric motorsport race series. Kapil is also proud of their win at the TTXGP race twice in 2010. After five prototypes of the electric motorbike, Kapil’s passion, persistence and patience have led to T6X, the soon-to-be-launched version of India’s first electric motorcycle.

In an interview with Shweta Papriwal, Editor, IIFL, Kapil Shelke said, “In addition to different variants of T6X, we are also working towards the charging infrastructure solutions.”

Tell us a bit about your journey as an entrepreneur?
I have always been in love with motorcycles. While still at college I started work on an electric motorcycle. I built the first prototype in 2009 and took it to participate in the Isle of Man race where we finished third. That was very encouraging, to be a second runner up in an international race while in college. This was a turning point and my passion for biking took a serious turn with Tork Motors.

How did Tork Motors come into being?
My passion for motorcycles led to the first prototype of the electric bike. It was exhilarating as it won the race at Isle of man race three times. I interacted with engineers from across the globe at this platform which gave me a sense of understanding of what we lacked in terms of technology and people skills. In India, I was hearing about electric cars and scooters and no one spoke of motorcycles. So Tork was built as India’s first electric motorcycle startup. Now Tork is on its journey from prototyping to manufacturing.

Tell us more about the electric motorcycle you’re developing and what stage is it at?
Built on seven years of exhaustive research and development, we are working to build T6X, India’s first electric motorcycle. Some of its marquee features include; a 100 km for every charge, point to charge your phone and enough space for accessories, GPS, utility storage, cloud connectivity. TIROS (Tork Intuitive Response Operating System) is the intelligence that drives the T6X. Apart from analysis and compilation of data for every ride, power management, real time power consumption and range forecasts, TIROS also likes to learn how you ride. TIROS updates and incorporates new features automatically via the cloud, making the Tork T6X truly the smartest motorcycle on the road.

T6X is currently being built with a few final touches and final testing pending in terms of engineering, fine tuning and testing. We plan to launch it towards the end of 2019.

What is the proprietary technology you have developed?
Our proprietary drive train technology is called TIROS (Tork Intuitive Response Operating System), the intelligence that drives the machine. We have the technology related to motor, battery pack, cooling mechanism, cloud connectivity, placement of components and the overall vehicle integration. This technology can be extended to three wheeler segment as well.

What is your team like?
We are a team of 42 people, with diverse backgrounds from 2 / 3 and 4 wheeler automotive companies, few of whom have worked in electric mobility solutions in the past. We have internal teams of design, mechanical, electronics, electrical, prototyping, manufacturing, marketing and distribution.

What funding have you raised so far and from whom?
Since the beginning, the company was self-funded by promoters and received an investment of Rs3.5cr in 2015-16 from angel investors led by Bhavish Aggarwal and Ankit Bhati (Co-founders of Ola cabs). Later, Tork Motors was funded to the tune of INR 30 crores by Bharat Forge Ltd in 2017-18

What is your take on the Electric Vehicle (EVs) scenario in India? How is it expected to grow and what are its challenges now?
The EV scenario in India is getting better each day as companies are working towards adopting technology at a faster pace. It is expected to grow in terms of new offerings that an electric motorcycle can provide as well as adoption of better technology for the overall improvement of the product. Acceptance of the price tag of the electric vehicle as a product can be a challenge that one needs to overcome.

What are your future plans?
In addition to different variants of T6X, we are also working towards the charging infrastructure solutions. Newer versions of the motorcycle are also under consideration. Our future products will get updated with advanced technological benefits related to charging, display, monitoring and connectivity. Further, we can extend our technology to power three wheelers as well.

LML Electric plans to raise Rs500 crore, launch its first product in 2nd half of 2023