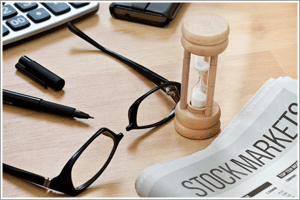 Here are the key factors affecting share prices in the stock market in 2019 and will, perhaps, continue to impact in 2020 too.

Growth was the key, top-line and bottom-line both!
This is one of the primary factors driving P/E of stocks. Markets tend to prefer companies that are able to grow their top-line and their bottom line at a rapid pace. Why does HDFC Bank or Kotak Bank or TCS attract premium valuations? Their P/E is largely pegged to their ability to grow at a consistently superior rate with minimal risk. Investors are willing to pay a higher price for growing stocks. When it comes to growth, what matters is not just projections but what has been delivered consistently. That is where the blue chips score. Year 2019 belonged to the high growth blue chips.

Share markets in 2019 were about OPM, ROE and ROCE
Remember the ecommerce debate of eyeballs versus profits. Sales growth must eventually translate into profits. That is where margins come into play. Companies that are able to expand their operating margins (OPM) and their net margins (NPM) consistently over time get better valuations in the market. That largely explains why in 2019 RIL leveraged its Jio valuations to the hilt even as Bharti and Vodafone Idea struggled.

Pharma stocks continued to lag in 2019 because their operating margins halved in four years from 40% to just about 20%. That also means, ROE and ROCE are down sharply. Equity (consisting of share capital and reserves) is what the shareholders are contributing to your company. They will be willing to pay a higher price only if you earn substantially better returns on capital. High debt and financial risk are red flags on stock value. That is why high debt companies like IL&FS, Cox & Kings, Essel Group, ADAG and DHFL crumbled in 2019.

Global and domestic macros
This was the biggest game in the year-to-date in 2019. At a global level, the trade war and volatile oil prices continued to be an overhang on stock prices. Share prices of companies also took a hit where the companies were exposed to the risks of BREXIT. That largely explains why stocks like Tata Motors, Motherson Sumi and Tata Steel fell vertically in 2019 before showing signs of recovery. US rates also mattered.

At the domestic level, comfortable liquidity and lower rate hints were the key to market direction. Inflation has been largely under the 4% mark however there were larger concerns on domestic macros. Rural income took a hit, consumption was slowing and the NBFC and realty sectors continued to flounder. In the midst of all this chaos, the finance minister influenced markets both ways. Some of the negative budget announcement and much later the positive tax cuts influenced markets in a big way.

Brands, distribution networks and governance
Year 2019 was also when the intangibles influenced share prices in a big way. Be it brands, networks, franchises or even corporate governance practices; the share market was willing to pay a premium for specific intangibles. Many companies were able to differentiate and create an edge. For example, Hindustan Unilever created an edge through its brands, HDFC Bank through its systems, processes and risk management while RIL created an edge by its ability to stay ahead of the growth curve and disrupt telecom.

How the debt burden was managed?
Year 2019 was unforgiving in case of companies with huge debt overhang. Companies like DHFL, Indiabulls Housing, Zee Entertainment, Cox & Kings and Jet Airways gave up most of their value due to an overhang of debt. However, the market was also bullish about companies like DLF that were making an earnest attempt to become debt free. Share markets prefer companies that do not have too much debt on their balance sheet and that point was underscored in 2019. Higher debt means greater financial risk and lower coverage ratios. In fact, if you look at the companies with higher P/E ratio, they are companies that are not hungry for equity or debt capital.

In a nutshell, share markets in 2019 have been all about smart growth, profit flows and shareholder rewards. Of course, too much debt and too little governance was a test case for punishment.