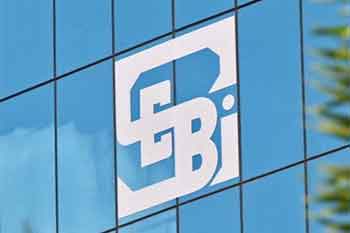 Key takeaways for investors from the SEBI Board Meet

The SEBI board meet on 29 June took some key decisions pertaining to the investment landscape, both at a regulatory and at an operational level. Here are a few key announcements made by SEBI at the meeting, with important implications for investors.

The SEBI board meet on 29 June took some key decisions pertaining to the investment landscape, both at a regulatory and at an operational level. Here are a few key announcements made by SEBI at the meeting, with important implications for investors.

Currently, there are multiple Acts regulating different aspects of bond markets. Various committees appointed in the past had suggested merging some of these acts or subsuming one of these acts into another. As a starting point, SEBI has set the ball rolling on deliberated merger of the SEBI (Issue and Listing of Debt Securities) Regulations, 2008 and SEBI (Non-Convertible Redeemable Preference Shares) Regulations, 2013 into a single Act.

With the thrust on infrastructure projects, the new debt regulations will allow SPVs without the mandatory 3-year track record to raise debt through private placements. This is likely to simplify the regulatory structure for debt substantially, especially relevant as India looks to increasingly focus on the debt markets to bankroll its infrastructure plans. The new debt regulations have also done away with the limit of 4 debt issues through a single shelf prospectus. This will allow originators to raise debt in tranches with limited compliance.

Introduction of Accredited “Well Informed” Investors in the market

This issue has been in the eye of the storm for a variety of reasons. Towards making the independent directors more effective, SEBI has recommended as under.
Important regulatory changes to REITs and INVITs

To prevent the INVIT from becoming an extension of the underlying asset, SEBI has not stipulated that in the case of INVITs, there must be minimum 5 unit holders in the INVIT excluding the sponsor, related parties and associates. These non-sponsor investors shall hold at least 25% of the corpus of the INVIT.

Further, in a move to make REITs and INVITs more popular among retail investors, SEBI has stipulated that the minimum investment for REITs and INVITs shall stand reduced to the range of Rs10,000 to Rs15,000 on an average. This is a sharp fall from the current minimum investment stipulation of Rs50,000 for REITs and Rs100,000 for INVIT lots. This is likely to draw a lot of small and retail investors into INVITs and REIT investing.

The meeting made two significant changes with respect to mutual funds in India. Under the amended regulations, eligible resident Indian fund managers (other than individuals) can be constituents of FPIs or foreign portfolio investors. What this means is that now Indian fund managers can manage funds out of India and don’t have to adopt the more expensive ETF route to invest through their sponsors or JV partners abroad.

Currently, the Skin in the Game rules of SEBI stipulate that AMCs must invest lower of 1% of the amount raised in an NFO or Rs50 lakhs, in the said fund. The idea is to ensure that the AMC has its money on the block and hence is more cautious in making promises to its customers. Going ahead, for each NFO, the minimum amount would be decided based on the risk in the fund. Higher the risk, higher the requisite skin in the game.

Apart from these major announcements, there were also some additional changes made by the regulator. For example, the role and regulation of the credit rating agency has now been clearly brought under the ambit of the financial regulator overseeing the products being rated by the CRA. This will give clarity of regulations. SEBI has also proposed to the SEBI Bankers to the Issue Regulations 1994 to make the rules more up to date and in sync with the fast-changing digital payments scenario.

Finally, SEBI has also enhanced the rewards for informants under the insider trading regulations. For starters, the maximum rewards has been enhanced from Rs1cr to Rs10cr. This is likely to encourage more whistle blowers to come forward and help clean up the system.