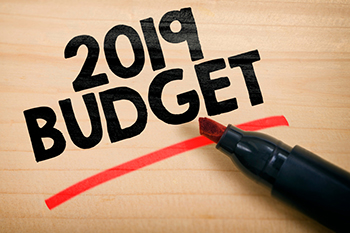 Many expect a budget filled with big ticket announcements, while others are wary of high fiscal spending given the shortfall in government revenues. It will be interesting to see how PM Modi balances the need for growth push and economic reforms while maneuvering through a very tight fiscal space.

The resounding and decisive electoral mandate achieved by the Narendra Modi government has raised expectations for a strong and fulfilling budget. Finance Minister Nirmala Sitharaman has a lot of work cut out for her as she debuts her budget on July 05, 2019.

Many expect a budget filled with big ticket announcements, while others are wary of high fiscal spending given the shortfall in government revenues. It will be interesting to see how PM Modi balances the need for growth push and economic reforms while maneuvering through a very tight fiscal space.

Below are the top 5 expectations from the budget:

1. Increase in tax exemption limit: Consumption has been slowing down significantly over the past few quarters. It is reflected in the dropping auto sales numbers and subdued volume growth reported by fast moving consumer goods (FMCG) companies. One way to kick start consumption is to place higher disposable incomes in the hands of people.

Media reports suggest that the government is considering increasing the tax exemption limit for salaried individuals to Rs5 lakh from Rs2.5 lakh presently. This puts an additional Rs2,500 in the hands of 5cr tax payers. Reports also suggest that the government plans to increase the tax exemption limit for investments under the Section 80C of the Income Tax. However, this has the potential to further widen the shortfall between government revenues and expenditure, thereby straining the fiscal math.

2. Boost private investments: Private investments and business confidence have taken a beating in the past couple of years. The NBFC liquidity crisis and aggravating bad loan situation of public sector banks (PSBs) has further deteriorated the state of affairs. The government in its upcoming budget needs to formulate policies aimed at restoring faith in the growth potential of the economy. Businesses need to be incentivized to invest in infrastructure so they can take up large-scale capital projects that will, in turn, create jobs.

3. Banking sector reforms:  The financial sector has been plagued with various issues from deteriorating balance sheets of PSBs to the continued liquidity crisis in the NBFC sector. PSBs account for ~70% of the total banking activity in the country and have been under stress because of rising non-performing assets (NPAs). The Government has been bailing out and recapitalizing PSBs regularly, and trying to strengthen their operations and governance.

The government needs to look into privatizing and/or consolidating PSBs, which will not only lessen the burden on the national exchequer but also aid economies of scale to contain costs and generate profitability.

NBFCs play an important role in the financial sector, mediating between commercial banks and small business enterprises. NBFCs accounted for ~15% of the balance sheet of scheduled commercial banks in March 2018. Though the RBI is the chief regulator of the financial sector, NBFCs do not directly come under the RBI regulatory framework. NBFCs are a different category of financial entities, globally known as shadow banks, which are not strictly regulated world over. There is a need to form a separate and dedicated regulatory framework for NBFCs with stricter norms so as to prevent the recurrence of systematic shocks.

In 2018-19, the fiscal deficit was 3.4% of the GDP. The government may have to scale up its spending to keep up with its welfare schemes, especially farm incomes.  There is a chance that Centre would finance these expenditures from the extra-budgetary resources.

5. Simplify GST:  The Centre is in dire need to increase its revenues and one way to do this is to simplify the structure and administration of GST. Electricity, oil & gas, and real estate need to be fully absorbed into the GST net. The government cannot expect huge GST collections when these three major contributors are excluded from the GST framework.

Additionally, there is also a need to fix the glitches with the implementation of GST. Only in a simplified taxation regime will the government be able to improve revenue flows and attain some fiscal space to enhance its spending.