x
Home » Top News » What Changed in the Stock Market over this Weekend? Top 10 Trending Stock Market News You Must Know 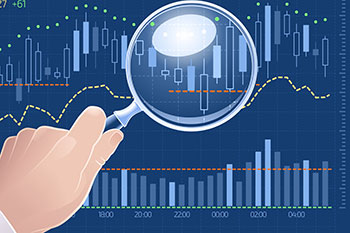 A recap of events that took place in the stock markets in the last week and over the weekend.

Top 10 trending Stock Market news you must know
The forthcoming week is likely to be driven by domestic earnings. At the opening of trade today, investor sentiment regarding heavyweights such as TCS, Reliance Industries and HDFC Bank may guide the overall market movement. Focus will also be on corporate earnings to be released throughout the week which include big names like ICICI Bank, Kotak Mahindra Bank, and Havells. Let’s look at company-specific news you should know before markets open on Monday:

1. Reliance Industries Q3FY20: India's most valued company by market cap, Reliance Industries Ltd (RIL), reported a 13.5% rise in net profit for the quarter ended December 31, 2019, after an improvement in oil refining business coupled with refining margins. The oil to telecom conglomerate reported its highest ever profit of quarterly net profit of Rs11,640cr in the December quarter, up 13.55% from Rs10,251 cr in the year-ago period, RIL said in a statement to the stock exchanges post-market hours Friday. RIL’s gross refining margin (GRM), came in at $9.2/barrel from $8.8/barrel. RIL also said it was sticking to its target of being net debt-free by March next year and that talks over Saudi Aramco’s proposed acquisition of equity stake in its business were progressing well.

2. HDFC Bank Q3FY20: The Mumbai-based bank reported a 32.77% rise in its net profit for the third quarter buoyed by higher net interest income and other income. The private lender posted a consolidated net profit of Rs7,416.5cr in the third quarter of this fiscal, as opposed to Rs5,585.8cr in the corresponding quarter last fiscal. Net interest income increased 12.69% to Rs14,172.9cr from Rs12,576.75cr in the corresponding period last year. The net NPA ratio was at 0.48% against 0.42% in the July-September quarter and 0.42% in the same quarter a year ago.

4. HCL Technologies Ltd Q3FY20: The Noida-based IT firm reported a net profit of Rs3,037cr in the December quarter, up 14.6% sequentially and 16.3% on a yearly basis. HCL Tech posted revenue growth of 2.1% qoq and 16.4% yoy in constant currency terms, the company said in a statement to the stock exchanges post market hours on Friday. In terms of future guidance, the management raised revenue guidance from 16.5% to 17% in constant currency for 2019-20. The revenue guidance is based on FY19 (April to March) average exchange rates. The constant currency guidance translates into 15.2-15.7% in dollar terms based on 31 December, 2019, rates.

5. DLF Ltd: The National Company Law Appellate Tribunal (NCLAT) has directed leading real estate player DLF Ltd to register the transfer of 60,000 shares to the legal heirs of one of its deceased shareholders and has imposed a cost of Rs5 lakh for “harassing the poor investors.” A three-member bench observed that DLF insisted again and again for affidavit and indemnity bond in spite of having a Letter of Administration for succession, and the action by the real estate firm deserved penal action. The appellate tribunal order came over a petition filed by DLF and one of its promoters Rajdhani Investments & Agencies, in which the real estate firm has challenged the order of the Chandigarh bench of the National Company Law Tribunal.

6. Lupin Ltd: Pharmaceutical company Lupin said it has received five observations from the US health regulator after inspection of its Vizag facility in Andhra Pradesh. The inspection of company's Vizag API manufacturing facility by the United States Food and Drug Administration (USFDA) has been completed, Lupin said in a filing to the stock exchanges on Saturday. The inspection was carried out between January 13, 2020, and January 17, 2020, it added.

7. ICICI Lombard Q3FY20: ICICI Lombard General Insurance company reported a net profit of Rs294cr for the third quarter of the current fiscal, a rise of 23% from the previous year. Gross domestic premium income (GDPI) of the company remained flat at Rs3,693rcr in Q3FY20 compared to Rs3,699 cr in the year-ago period, the private insurer reported in a filing to the stock exchange post-market hours Friday. In the exchange filing, the company said categories such as motor insurance, health retail and crop insurance saw underwriting losses, while fire, marine and health group and corporate, among others, witnessed underwriting profits for the quarter under review.

8. Bluedart Express Q3FY20: Blue Dart Express reported a consolidated net loss of Rs31.92cr in Q3 December 2019 as against a net profit of Rs32.02cr in Q3 December 2018. The company accounted for an exceptional item of Rs64.11cr during the quarter. With an intention to create long-term value for its stakeholders, management of the company conducted an organization right-sizring exercise which has an impact of Rs46.09cr on the Q3 result. The management further decided to discontinue certain business activities and change the operating software for certain business function and accordingly the net book value of related assets aggregating to Rs18.02cr has been written down.

The US Labor Department weekly jobless claims unexpectedly dropped by 10,000 to 204,000. Meanwhile, the US housing starts soared nearly 17% in Dec to a 13-year high, according to a Friday release from the Census Bureau. In economic data, Dec housing starts accelerated to a 1.608mn annualized rate, well above forecasts for 1.373mn. Building permits, however, slowed to 1.416mn from November's 1.482mn and well below views for 1.458mn.