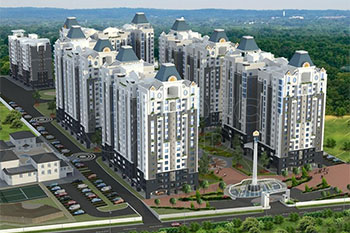 India Ratings and Research (Ind-Ra) opines that residential real estate sales are likely to continue to improve, after a recovery in 3QFY21, as the economy recovers from the initial shock of the COVID-19 pandemic. The agency is particularly positive on the sales prospects for Mumbai Metropolitan region (MMR), where it expects a 7% drop in all-in prices of new apartments because of the recently announced reduction in premiums.

MMR recorded the sharpest qoq increase in 3QFY21 as sales were up 45%. It is possible that the buyers rushed in to take advantage of the low stamp duties offered by the government in MMR. Pune, Hyderabad and Ahmedabad saw qoq growth of 31%, 28% and 23%, respectively, in 3QFY21. The NCR and Bangalore markets remained weak with qoq growth of only 0.3% and 9.8%, respectively, while yoy sales were down 48% and 45% in 3QFY21. This is in sharp contrast with Chennai, Hyderabad and Pune where sales have largely recovered to pre-pandemic times and 3QFY21 sales were up 2.0%, down 3.7% and down 8.7% yoy, respectively, in these cities.

The weak sales in Bangalore are somewhat surprising, as the economy of the city is largely linked to the information technology (IT) and pharmaceutical sectors, which have maintained a buoyant performance even during the pandemic. Our interaction with some of the real estate developers suggest that many of the IT workers have shifted to their home towns because of the flexibility to work from home. The rents in the IT hubs have declined of as much as double-digit percentage during the pandemic. This is likely to hurt the housing demand in IT hubs such as Bangalore and part of NCR. Pune has not seen such a large decline, despite having a large population of IT workers, probably because the stamp duty reduction in Maharashtra has provided a boost to the demand.

Unsold Inventory Declined in 3QFY21: The trend of declining unsold inventory, largely on account of fewer new launches, continued in the quarter. The unsold inventory across the eight major cities/urban regions declined to 1,090 million square feet (msf) in 3QFY21 (2QFYQ21: 1,101 msf, 1QFY21: 1,135 msf). The continued decline in supplies is likely to prevent a sharp correction in prices over FY21 and 22, in Ind-Ra’s opinion. The sharpest qoq decline in unsold inventories was visible in Hyderabad, Ahmedabad and Kolkata at 4%, 5% and 4%, respectively. In comparison, Chennai, MMR and Pune saw qoq an increase in unsold inventory of 2%, 0.2% and 0.2%, respectively, in 3QFY21.

Largely Stable Prices: Prices across the eight cities were down roughly 0.4% qoq in 3QFY21, continuing the trend of stable prices despite the significant yoy decline in sales.