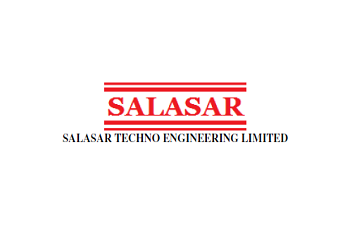 Salasar Techno Engineering, a steel fabrication and infrastructure construction service company, has announced its financial performance for June 2020 (Q1FY21) quarter, under which downside was witnessed in top-line and profitability. However, the company has allotted some 10 lakh warrants to non-promoters and fixed record date for the distribution of dividend for financial year FY20.

In its regulatory filing on Thursday, Salasar said has made allotment of 10 fully convertible warrants having face value of Rs10 each at an issue price of Rs171 per equity share on a preferential basis.

Four non-promoters were allotted these warrants. As per the filing, Balaji Investment and 7M Developers received 4 lakh warrants each. While non-promoter Vipin Kumar Agarwal and Onkar Nath Agarwal bagged 50,000 and 1.5 lakh warrants.

Salasar said, “Fully paid-up equity shares of the face value of Rs10 each of the company will be allotted on receipt of balance 75% of the issue price for each warrant within eighteen months from the date of allotment.”

Further, Salasar has fixed record date of September 18, 2020, to pay a dividend of Re1 per equity share for the financial year FY20.

Meanwhile, in Q1FY21, the company recorded a consolidated net profit of Rs19.97lakh compared to a profit of Rs7.15cr of the same period a year ago. Consolidated total income declined to Rs63.78cr against Rs163.76cr a year ago corresponding period.