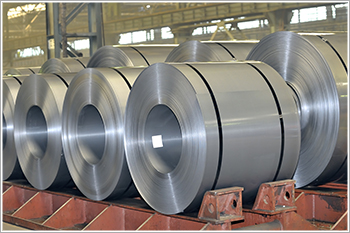 There is a strong consensus against the rising tide of exports from state-owned, supported or controlled steel industries, as was once again demonstrated at the recent meeting of the Organization for Economic Cooperation and Development’s (OECD) Steel Committee in early May. The reports shared at the meeting in Paris by the national steel industry associations from Asia, the Americas and Europe were striking in their similarity: a new normal has taken hold, characterized by slowed growth, with all regions suffering from a dramatic increase in unfair steel imports that is fueled by massive global overcapacity. Looming over it all is China, whose massive and increasing overcapacity in an era of slowing growth has already destabilized the global steel market and trade flows.

This follows closely upon joint comments submitted by eight steel trade associations representing the U.S., Canada, Mexico, Latin America and Europe on China’s recently released “Steel Adjustment Policy.” The comments expressed concern about the policy, as it continues to reflect a “top-down, state-dominated approach to reforming the steel industry.”

The OECD Steel Committee took note of the urgency of these concerns, as reflected in the closing statement issued by Steel Committee Chairman Risaburo Nezu: “Structural challenges must be addressed urgently amid [the] new era of low steel demand growth and rising exports,” adding, “a failure to address or halt market distortions will result in subsidized and state-supported enterprises surviving at the expense of private and efficient companies operating in environments with minimal government support.”

The undersigned associations agree that the need for immediate and effective action is urgent. We reaffirm our call on each national government to address this issue in their own country and make every effort in their own trade diplomacy and regulations to confront and challenge those government policies that are feeding the overcapacity that is at the root of the current steel crisis and provide a level playing field in the steel market.

One specific issue facing governments soon is China’s assertion that it should be treated as a market economy by WTO members starting at the end of 2016. Each individual nation´s determination will have large consequences for how parties injured by dumped Chinese imports will be able to recover for the injuries they incur. As the steel sector in China so clearly illustrates, China does not yet meet the test of being a market economy. The existence of the overcapacity itself, estimated at up to 425 million metric tons, and the lack of an effective policy to reduce it are evidence that China is still a topdown state-driven economy.

This is a critical issue which must be addressed quickly. For that reason, we will continue to collaborate in our individual efforts to make the case to our governments to carefully judge the criteria and the record before making any statements or decisions that might prematurely recognize China as a market economy.

For Vande Bharat, Tata Steel to introduce a seating system that will be "First in India" and spend Rs3,000 crore on R&D