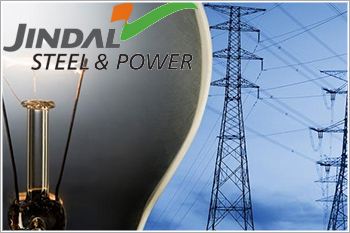 While the nation is in policy dilemma on overall development for ‘Achche Din’, JSPL’s Chairman Naveen Jindal asks the government to make steel more economical and affordable to a country of 125 crore population. He observed that India’s per capita consumption of steel is quite low and a robust policy be framed to encourage industry to reach out to every section of the society.

Mr. Jindal was speaking during India Steel-2015, a biannual event organised by Federation of Indian Chambers of Commerce and Industry (FICCI) here today.  He stressed upon the government to take progressive policy decisions in order to make steel prices affordable for mass usage. The same could be achieved if the prices of the raw materials can be managed effectively. He further expressed dismay at the large number of iron ore mines being under litigation. “Earlier, India was exporting 100 million tonnes of coal, and now we are importing it, even into Odisha.” he added.

The event was inaugurated by Union Steel Minister Narendra Singh Tomar, who announced that the government and industry have agreed to work together in research and development. An initiative called ‘Steel Research Technology Mission for India’ has been launched, through which R&D in the sector will be promoted.

“We need research work in areas where we don’t have the technology,” said the minister, distinctly calling out for a healthy exchange of ideas among the industry experts.

Discussing the importance of steel for the mining industry, the minister reiterated that the recently passed MMDR bill will provide a level playing field to all participants. Through this bill the government has tried to reduce delays in obtaining mining leases. For instance approvals can be obtained at the state level itself, and there will be no need to re-apply to the Central Government.

While assuring his cooperation and support Tomar highlighted that India, which is the third largest producer of steel globally, should target to become the second largest by 2020.

Mr. Rakesh Singh, Secretary, Ministry of Steel, Government of India, delivered a keynote address at the inaugural session. He said, “The steel industry forms the pillar for any country’s economic development and it assumes far greater importance for emerging economies like India.” However, he cautioned that globally the steel industry is facing tough times with slow growth and significantly excess capacity.

Sighting examples he said, “Today Europe has over 25% of surplus capacity, and China alone is reported to be having over 200 million tonnes of excess capacity.” He expressed happiness that despite the challenges, India’s steel market expanded during the last financial year.

Mr. Singh also expressed concerns over the undue surge of imports this year. He disclosed that some imports did not conform to the country’s quality parameters. He also made it clear that while welcoming competition, the government will not tolerate dumping of sub-standard steel.

A special address was presented by Mr Edwin Basson, Director General, World Steel Association. He said that at the moment India is under global spotlight due to its steel making capabilities. Another reason for that is China has reached the upper end of its growth curve and its growth will be substantially slower in the future. He also observed that globally the industry foresees a flat demand for steel. Yet, he was of the view that capacity does not “go away.” The industry must find out how to deal with the excess capacity.

“With India’s economic growth slated to overtake that of China, the steel industry will get a new fillip in usage and requirements,” said Mr. S K Roongta, Chairman, BALCO and Chair, FICCI Steel and Non Ferrous Metals Committee, in his opening address. He lauded the industry members for their role to bolsters the steel production in India. He appealed to the Government to continue to provide support to the industry, especially when it faces unfair competition.

Earlier, Mr. A. Didar Singh, Secretary General, FICCI, welcomed the gathering. The inaugural session was followed by a panel discussion comprising of CEOs of key companies in the steel sector.

Some of the challenges that they highlighted included raw material security including coal and iron ore, difficulty in obtaining funds, and need for power. The group called upon the government to support the industry in embracing new technology. Lastly, the CEOs appealed that the MMDR bill should have a provision that iron ore mines should be given only to those who have end use plans, and not to anyone who applies for the sake of competition.

This year India Steel 2015 has drawn participation from 180 companies from 20 countries.