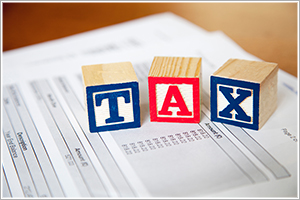 We invest money in fixed deposits to get better returns. If you go through the instructions mentioned on your FD certificate, it usually mentions: “If the depositor is not liable to pay income tax and the interest to be paid in a financial year does not exceed the maximum amount which is not chargeable to income tax, the depositor may submit a declaration in Form No. 15G / 15H so that income tax is not deducted at source.” What does the statement mean?

The below article provides a comprehensive picture of what does 'Form No. 15G' and 'Form No. 15H' mean.

Form No. 15G and Form No. 15H are self-declaration forms required to be furnished by the assessee to his banker for nil deduction / lower deduction of TDS (tax deducted at source) on interest on fixed deposit.

Form 15G  and Form No. 15H is a self-declaration, which is provided by a person resident in India (not being a company or firm) to their deductor that the tax on his estimated total income for the previous year, will be nil. The duty to submit these forms with assessee before end of the financial year or first payment of interest whichever is earlier.

The declaration in writing should be collected by the deductor in duplicate.
No TDS is deducted by banks on interest earned in saving bank accounts and recurring deposit accounts. Interest on fixed deposits is subject to deduction of tax as per income tax rules.

All banks and financial institutions will deduct TDS on all interest payments exceeding Rs. 10,000 on fixed deposits in a financial year. If a customer receives more than Rs. 10,000 per annum on his FDs as interest from a bank, the bank deducts tax on such income arising in the hands of the customer. The tax deducted is directly paid to the government on the behalf of the customer.

The bank issues a TDS Certificate also called Form 16A which mentions the details of the TDS payment with the government. The bank will deduct tax at source once the amount of interest to be credited in respect of all the fixed deposits taken together exceeds Rs. 10,000 in a financial year. This limit of Rs. 10,000 is applicable for each branch of a bank and not for all the branches of a bank taken together. So each branch of the bank will see whether the interest for the whole year on all the FDs exceed the threshold of Rs. 10,000.

Banks are not required to deduct any TDS on interest credited on your savings bank account even the amount of interest may be very substantial.

In case of FDs made for longer duration where the interest will be paid to you only on maturity, the bank will deduct tax at source on the interest accrued for the year even though no interest in fact has been paid to you.

The Form No. 15G or 15H as the case may be, should be submitted at the beginning of the year so as to avoid a situation where bank has already deducted the tax before you submit the form. However in case the bank deducts the tax in spite of the fact that you have submitted the form or before you actually submit the same, the bank will not refund the tax already deducted, as the bank would have already deposited the tax with the government. In such a situation the only option available with you is to file your income tax return and claim the amount of TDS a refund.

Board of Oberoi Realty approves scheme of amalgamation