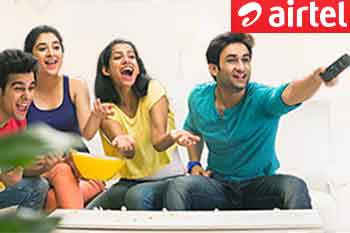 Network i2i's subordinated perpetual note is rated two notches below Bharti's IDR. This reflects the notes' deeply subordinated nature, ranking junior to all debt obligations and senior only to Bharti's ordinary shares. This is in line with Fitch's Corporate Hybrids Treatment and Notching Criteria.

The Negative Outlook does not reflect our view of Bharti's underlying credit profile - which has been improving on strong growth in Indian and African wireless operations - but rather the heightened probability that India's (BBB-/Negative) Country Ceiling of 'BBB-' could be lowered to 'BB+'. Such an action would constrain Bharti's IDR and senior issue ratings to 'BB+'.

Outlook Driven by Sovereign: The Negative Outlook reflects the Outlook on India's Long-Term Foreign- and Local-Currency IDRs, which were revised to Negative from Stable on 18 June 2020. Bharti's IDR and senior issue ratings are not directly constrained by the sovereign rating but cannot exceed the Country Ceiling, which reflects the transfer and convertibility risks associated with foreign-currency obligations.

Robust Growth: We forecast Bharti's FY22 funds from operations (FFO) net leverage to be 1.8x-2.0x in the financial year end-March 2022 (FY22), well below the threshold of 2.5x beyond which we will take negative rating action. We expect Bharti's FY22 revenue to rise by 10%-12% and EBITDA by 20%-22%, on improvement in the Indian wireless market and strong growth in the African markets. In 1HFY22 consolidated revenue and EBITDA rose by 14% and 32% yoy, respectively, defying the Covid-19 slowdown as it added 30 million subscriber additions.

Commitment to Investment-Grade Rating: Management is committed to an investment-grade rating and raised about USD11.3 billion in equity in aggregate in 2019 to 2021: USD2.8 billion rights issue in October 2021, USD3.5 billion rights issue in 2020, equity sale in Airtel Africa of USD1.5 billion, IPO of Airtel Africa for USD680 million and another USD2 billion through an equity injection in 2020. It also completed issuance of a 5.65% USD1 billion subordinated perpetual bond in 2020 and another 3.975% USD500 million subordinated perpetual bond, on which Fitch assigns 50% equity credit.

Bharti also raised about USD1 billion in 2021 through the sale of spectrum to Reliance Jio for USD210 million, sale of 25% stake in data centre entity Nxtra for USD235 million and sale of a stake in Airtel Money for USD500 million.

More Industry Consolidation: We expect Jio and Bharti to increase their combined revenue market share for private telecom operators to 80%-82% in 2022, from around 77%-78% in June 2021. Rival Vodafone Idea has rapidly lost market share because of its weak balance sheet and limited financial flexibility. It has lost about 180 million subscribers in the past three years. It had 253 million subscribers at end-September 2021.

Higher Tariffs in Indian Market: We expect the FY22 Indian wireless EBITDA to increase by 30%-33%, led by 15 million subscriber additions and tariff improvement of around 15%. Bharti increased headline tariff by 20%-25% on prepaid plans effective from 26 November 2021. In 1HFY22 Indian mobile revenue increased by 10% yoy and EBITDA 40%, on a pre-Ind AS 116 basis, supported by a 7% rise in monthly average revenue per user (ARPU) to INR153 (USD2.1) and high monthly data usage of around 19 GB per user, one of the highest globally.

Regulatory Risk Improving: The Indian government has taken several reforms leading to lower regulatory risk for Indian telcos: the decision to defer AGR and spectrum dues for four years, the prospective exclusion of non-telecom revenue from the definition of AGR, the abolition of spectrum usage charges on future spectrum auctions and the increased tenor of future spectrum assets to 30 years instead of 20 years. These regulatory actions will boost Bharti's cash flow.

Higher Capex: Fitch forecasts Bharti's capex to increase to about USD5 billion in FY22 (FY21: USD4.6 billion), of which USD1.5 billion is likely to be paid upfront to acquire 5G spectrum assets. We believe the company will also seek to strengthen its fibre infrastructure - connecting towers with fibre and backhaul infrastructure to prepare its network to launch 5G services in 2022-2023.

We believe that capex on 5G infrastructure in 2022-2023 will replace current 4G capex, as 4G coverage is largely complete. Barring a one-time 5G spectrum payment, Bharti is likely to generate positive free cash flow in FY22 on higher EBITDA generation, which should be sufficient to fund higher core capex, interest costs and taxes.

Solid African Growth: We forecast African FY22 revenue and EBITDA to rise by 12%-15%, on growth in subscribers, mobile data and mobile-money services. African revenue rose by 23% yoy in 1HFY22 and EBITDA 36%. We expect mobile data and mobile money segment to increase by 10%-15%, which together contribute around 40% of group revenue. We forecast the FY22 EBITDA margin to expand to 42%-43% (post-IFRS-16 of 48%) on growing contribution from higher-margin 4G services and mobile money will offset foreign-exchange losses.