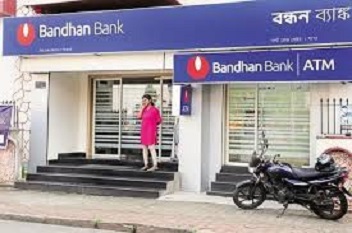 Shares of Bandhan Bank slumped 5% on the BSE in the afternoon session after the bank said that the business of around 65,000 of micro banking borrowers, amounting to exposure of ~Rs260cr, could be impacted due to the Amphan cyclone.

“In our experience of Fani, the cyclone that caused large scale damage in Odisha in May 2019, the impacted portfolio took 3 to 6 months to achieve normalcy, aided by the committed workforce and customer loyalty. On the back of this experience, we expect the Amphan affected portfolio to regularise by Q3 of FY21,” the bank said.

The bank further said in the press note that, “as per the initial assessment, in our areas of operations, 49 banking units (micro banking outlet) in five districts were impacted of which 45 are operational today. Also, the Bank could continue operations in all but five branches in the affected districts. Where the outlets could not continue services, it was due to issues inaccessibility. We expect these outlets to resume operations shortly.”

The banking outlets in the areas which had received prior warning of the cyclone were prepared with the necessary safety and business continuity measures which enabled continuity of operations. As per our estimate, the business of around 65,000 of our micro banking borrowers, amounting to exposure of approximately Rs260cr, could be impacted due to the cyclone. The major impact has been in the district of South 24 Parganas, the bank said in an exchange filing.