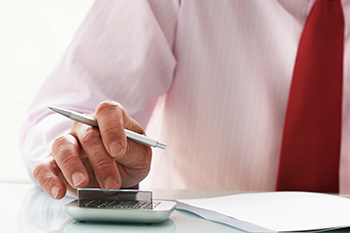 Budget 2016 was eagerly anticipated to be pro-worker, many expected taxpayers plight to be acceded to especially after so many called for more favorable taxation regime that demands less but nets widely. However, this was not so; in a mix of give and take finance minister made proposals that sought to popularize NPS over EPF, ease tax burden on taxpayers and simplify compliance for the taxpayers. Below are crucial tax reforms that affect your wallet.

Retirement Funds
One of the proposals in the budget was to make the Employees' Provident Fund (EPF) taxable, this move will affect about five crore investors of the retirement savings scheme. The proposal calls for 40% of the contributions made to EPF after April 1 to me made tax free on withdrawal. Currently, the entire EPF corpus is tax-free at the time of withdrawal upon the completion of five continuous years of service by the employee. This is against a proposal that makes the National Pension Scheme more tax friendly such as; no service tax on the premium paid for purchasing annuities using the corpus. The proposal also allows subscribers to the EPF a one-time ‘tax-free’ shift to the NPS.

Personal Income Taxation
Whereas no changes have been made to the existing income tax slabs, slight relief comes in the deduction applicable for rent paid will be increased from Rs 20,000 to Rs 60,000 for the benefit of tenants.  Additionally an exemption of Rs. 50,000 for housing loans of up to Rs. 35 lakh and a proposed exemption of service tax for housing construction of houses smaller than 60 square meters. Further, to these ‘goodies’ there is a proposal to extend the limit of presumptive tax scheme to taxpayers who have an annual turnover that does not exceed  Rs 2 crore from present Rs. 1 crore limit.

Taxation on Your Investments
There were no proposed changes in capital gains tax for listed stocks. Nevertheless, an additional tax of 10% on dividends in excess of Rs. 10 lakh and a corresponding increase in stock transaction tax would dampen the gains.

Easing Tax Compliance and Dispute Resolution
To ease tax compliance and dispute resolution the budget proposed to grant relief to taxpayers on payment of 15% of a disputed tax demand resolution of an appeal. This proposal alongside several proposals to reform tax reporting procedures and reporting forms will go a long way to help avoid taxpayer harassment and ease compliance.