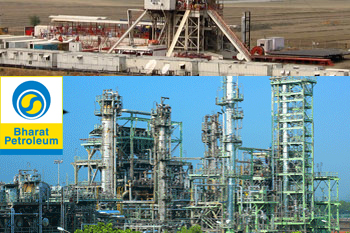 State-owned Bharat Petroleum Corporation Limited (BPCL) was trading broadly in the green on Friday after the Union Cabinet gave its green signal for allowing 100% foreign direct investment (FDI) in public sector refiners. This is said to expand the scope for FDI in privatisation especially of BPCL.

A government official told Business Standard that FDI up to 100 per cent will be allowed under the automatic route in cases where a public sector undertaking has received in-principle approval for strategic divestment (in the oil and gas sector).

In the Union Budget for FY22, Finance Minister Nirmala Sitharaman said despite Covid-19, the Government kept working towards strategic disinvestment. FM announced an estimated Rs1.75 lakh cr as receipts from disinvestment in BE 2021-22.

The 100% FDI will enable the Centre to offload about 52.98% stake in BPCL to a foreign buyer. Furthermore, the latest move will also open the gates for FDIs in other state-owned companies.