Here are the five reasons that why parents should avoid extending financial help to their children for the good of their child. 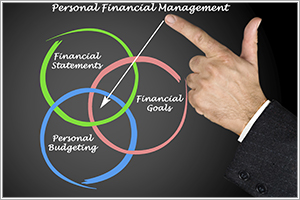 Personal financial management
It is a natural emotion that parents tend to be supportive and protective when it comes to their child's future. In India, parents sacrifice to the extreme in order to provide their children with the best of comforts in life. It is the ambition of every single parent that their children see a better life than they did. But, these acts of generosity often lead to spoiled financially rationale of the child. Here are the five reasons that why parents should avoid extending financial help to their children for the good of their child.

Overdependence
Extending children financial aid every now and then will make them overdependent on their parents. The convenience of getting financial help when called could instill a sense of carelessness in children, who would do least to look out for sources of generating income on their own.

Weak In Accumulation
If the right financial habits are not inculcated in a child's life and there is a greater possibility that they will underperform in accumulating their income and assets at the later stages of their life, when it is needed the most.

Stretching Beyond Limits
When it comes to home buying, parents often find themselves tied up with their emotions and extend financial aid to child so that he can live in a better accomodation. However, such financial help could often result in children buying more than they could actually afford, which is detrimental to their own financial condition.

Bailing Out
At times, children find themselves surrounded with financial crisis and need to be bailed out. It is recommended that such immediate address of financial liabilities should be structured through loans, which should be returned back. Though it might appear harsh at first instance, but over a long term, it will help child to prepare themselves against such financial urgencies.

Financial Goals Compromised
More often than not, in a bid to help children with their education and other goals, parents compromise their own financial plans such as retirement or debt paybacks. Such random acts could not only imbalance the financial planning of just parents, but could also mean dependence on their child for their old age needs. Thus, it is in the best interest of parents to make their children financial savvy and independent.