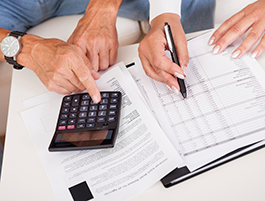 MIPs for regular income. How true?

MIPs invest in debt instruments like debentures, corporate bonds and government securities and try to generate regular income in the form of dividends.

Monthly incomes plans or MIPs of mutual funds are basically debt-oriented funds that keep paying regular dividend. But if that gives you an impression that it is a non-risky product that will deliver you uninterrupted income month after month, but not exactly the case.

MIPs invest in debt instruments like debentures, corporate bonds and government securities and try to generate regular income in the form of dividends. Now, the regular income can be monthly, quarterly, half-yearly or yearly based on your choice. While the dividend option of an MIP pays you regular income in the form of dividends. While this dividend is tax-free in the hands of investors, it is tax paid at the company's end, which means you actually get it after the deduction of 14 per cent dividend distribution tax on the dividend.

Under the growth plan, no dividend is paid, instead your investment keeps growing and you can avail the benefits at the time of redemption. Here there is no question of dividend as well as dividend distribution tax and the power of compounding will work to help grow your wealth.

This is a traditional mutual fund product that invests a substantial amount of around 85% of the corpus in government and corporate bonds and only 15 per cent is invested in equity. While the equity component makes the product more attractive compared with other debt instruments like say a bank fixed deposit, at the same time it also has a risk-free defensive character because of its heavy focus on secured debt instruments.

But then there are quite a few myths about MIPs. The first is about regular income, since its nomenclature itself suggests a similar property of the product. Remember, dividend of a mutual fund can be declared only from the profits, and not from capital. Which means if a fund is not performing there is no question of its paying dividend. And hence, dividend payment itself is not guaranteed in the case of an MIP.

MIPs may be a conservative and relatively risk-free product, but it cannot have assured return as its returns are influenced by any fluctuation in interest rates and also in the stock market since they have exposure to equity too.  The debt component of its portfolio is influenced by interest rates. When the interest rate falls, NAVs tend to rises as bond prices go up. But when interest rate go up, NAV falls. At such times the equity portion of the fund helps to maintain the return. Nonetheless, it can be a good alternative to traditional fixed income assets.