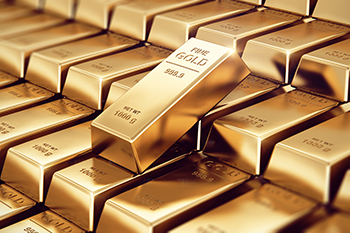 Earlier, the best quarterly surge in the gold prices came in September quarter of 1986, almost 30 years ago.

Gold, the safe haven for investors, has been on a song in the quarter ended March 31, 2016. Amid mounting volatility in stocks across the globe and uncertainty looming over crude oil, the yellow metal has attracted robust interest from the investors in the first three months of 2016. On the back of renewed demand for physical as well as paper investment, gold prices have shot up by 16.17% in March quarter to US$ 1,232.75 per ounce.

Earlier, the best quarterly surge in the gold prices came in September quarter of 1986, almost 30 years ago.

An increasing gold demand from the US, parts of Europe, Russia, China and the Middle East has helped the precious metal to rebound by 17.28% from a multi-year low of US$ 1,051.10 per ounce hit on December 17 last year.

Meanwhile, the world’s largest gold Exchange Traded Fund (ETF), SPDR Gold Shares’ holding has gone up by 27.5% to 176.91 tonnes, which is expected to underpin the bullish trend in gold price.

According to analyst Hitesh Jain of IIFL, gold prices bolstered after Fed Chief Janet Yellen in her latest speech expressed caution on the interest rate trajectory and did not provide any timeline for the rate hikes. She stated that although risks to the US economy appear limited, this assessment is subject to considerable uncertainty. Yellen elaborated that the central bank is monitoring global markets and the China slowdown is a cause for concern. Economic and financial conditions across the globe remain less favorable than they did in December, when Fed initiated the first rate hike. The central bank is not reading too much in to the recent uptick in core inflation and doubts whether the pricing pressure will sustain.

“On price outlook, gold prices are expected to consolidate in the short run, before resuming its broader ascent. Markets will wait for a trigger; probably the notoriously treacherous May period can prove the needed impetus for gold prices to move higher. The cliché ‘Sell in May and stay away’ generally holds true for global equities. In event of such a scenario, gold prices will capitalize from the prevalent inverse correlation with equities,” adds Jain.

Gold shines at home too

Taking positive cues from the international markets, gold prices in India, too, have increased impressively in the quarter ended March 2016. In line with the international prices, the 24 karat gold prices in domestic markets have gone up by 16.37% to nearly Rs. 30,910 per 10 grams in Mumbai as on March 31, 2016. Apart from the physical demand, gold ETF’s have also outperformed return in stocks and bank fixed deposits. In March quarter gold ETF on the National Stock Exchange (NSE) offered returns between 11.20% to 18.85% as against a negative return of 9.35% and 8.86% in BSE Sensex and NSE Nifty respectively. The table below shows the performance of gold ETFs in March quarter:


With unemployment data in the US expected to hold steady and the US Dollar Index at 94.85, gold prices are likely to march northward.