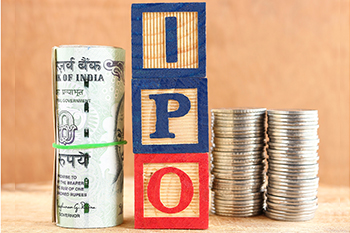 The gradual recovery in the global economy in general and an uptick in Indian economy in particular has reinstated confidence in the primary market with all the 13 public issues oversubscribed in current calendar year so far.

Interestingly, the recent IPO boom has ​seen a strong comeback of retail individual investors (RIIs) ​as 12 out of 13 IPOs ​saw retail portion oversubscribed.

Defying the increasing volatility in the secondary market, the primary market has succeeded big time attracting the retail investors in CY16 so far. Overall, 13 companies raised over Rs.8,700 crore via IPOs in CY16 and except Healthcare Global (HCG)'s IPO,​  other 12 issues received overwhelming response from retail investors, data from BSE and NSE show.

The recently concluded IPO of the Bangalore-based staffing solution provider Quess Corp leads the chart with retail portion ​being ​oversubscribed 34.08 times. This has been one of the highest retail participation in any public issue in several years. The robust participation of retail investors was also seen in the IPO of Quess Corp's peer, TeamLease Services which was oversubscribed 10.62 times.

Market experts opine that the renewed confidence among the retail investors for IPOs is mainly attributed to good quality issues, increase in number of IPOs, improved market sentiment and proper pricing. Also, the sharp rally in the gold prices have diverted the RIIs attention to the primary market.

Further, post the public issues, almost majority of the IPOs got listed at ​a ​premium which has eventually augmented the retail investors' faith in the primary markets. For instance, the Rs.450 crore IPO of the e-commerce firm Infibeam Incorporation saw 1.31 times subscription, but it still offers over 50% return over its issue price. L&T Infotech's Rs. 1,200+ crore IPO, which closed on July 13, received 7.39 times higher bidding by retail individuals. The table below shows how the IPOs in CY2016 have seen retail investors pouring in their confidence in primary market:
Source: BSE, NSE

Saw 8 companies floating IPOs, of which 5 issues were oversubscribed by retail individual investors, while 3 were undersubscribed which included MEP Infra (0.97 times), Ortel Communication (0.39 times) and PNC Infratech (0.28 times). The public issue of VRL Logistics had seen the highest retail subscription of 7.92 times in the H1CY15 and the issue still carries the momentum with 53% return at Rs.331.30 per share as of July 19, 2016 over its issue price of Rs.210 a share.