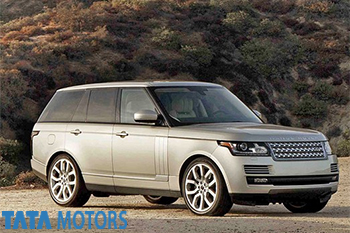 Tata Motors stock will be in focus today. Jaguar Land Rover retail sales in January 2019 were 43,733 vehicles, down 10.9% compared to January last year. Strong sales of E-PACE, IPACE and refreshed Range Rover and Range Rover Sport were more than offset by continuing market weakness in China and the run out of the Range Rover Evoque, ahead of the introduction of the all new Evoque later this quarter, according to an exchange filing by the company.

The economic slowdown in China continues to impact consumer confidence but, as part of our turnaround plan, we are working extensively with our retailers to rejuvenate sales, Felix Brautigam, Jaguar Land Rover Chief Commercial Officer, said.

Retails in North America were up 13.2% but sales in China were down (-39.8%) reflecting continuing weakness in the market. Sales were also down in Europe (-5.7%) amid slowing economic growth and continuing diesel uncertainty, while staying broadly flat in Overseas markets (-1%) and in the UK (-0.9%). Jaguar retail sales in January were 12,799 vehicles, down 9% yoy. Sales of the new E-PACE and all-electric I-PACE grew, while sales of other models were lower largely reflecting the China market.

Land Rover retailed 30,934 vehicles in January, down 11.6% yoy as strong sales of the refreshed Range Rover and Range Rover Sport were more than offset by the run out of the Evoque and lower sales of other models largely reflecting weaker demand in China.

The company missed expectations in Q3FY19 at the consolidated level. It reported consolidated net loss at Rs26,992cr against net profit of Rs1,193cr in Q3FY18 and net loss of Rs1,049cr in Q2FY19. The company plunged into a net consolidated loss due to asset impairment in JLR of Rs27,838cr.