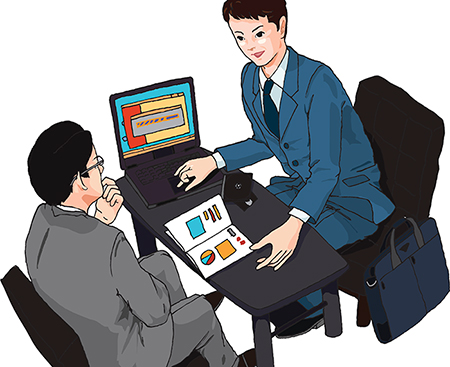 Whilst our Prime Minister has rightfully stressed on the need to improve India’s Ease of Doing Business rankings, the country is yet way far from being a default destination for private investors who, quite obviously, play a crucial role in boosting economic growth. It’s high time we moved from acronyms to action, and from intent to initiative. The 2016 budget, contrary to great expectations, didn’t do anything substantial to boost India’s image as a hassle-free investment destination. A mere reassurance of opportunity of a one-time scheme of dispute resolution for firms affected by the retrospective amendment is certainly not synonymous with addressing the retrospective tax tangle.

But it’s not just the ease of doing business, we must change the way we do business as well. And here the Indian promoters can’t leave the hard work to the government. They must promote this cause themselves.

The ‘India story’ has an inherent value prop. Our exceptional human resource talent creates countless possibilities of innovation on a horizon that is vast and vague in the same breath. No wonder, both global and domestic PE players steer umpteen sector-specific fund raising rounds, betting big on the entrepreneurial architects of India,  notwithstanding India’s regulatory constraints and its reputation of delayed exits.

It’s only imperative that these catalysts get some respite on the regulatory front, and more importantly, commensurate respect from Indian promoters. But what’s imperative to the world is often reduced to an option in India.

Indian promoters attach a conveniently unusual subtext to the term PE than what is universally understood. As one fund manager puts it succinctly, “Prior to the deal, the PE investor has the money and the promoter has vision. Once the deal is signed, promoter gets the money and the PE gets the vision.”

It’s a well known fact that many Indian promoters consider any input – cerebral or procedural, strategic or operational - as sheer interference to what they reckon as ‘their way’ of running the shop. Yes, independence of entrepreneurial thought and action is an integral part of the enterprise DNA, but does that negate the value of sound advice or the virtue of genuine concern?

More often than not, Indian promoters expect PEs to become passive spectators blessed with enormous loads of patience. The rift, in many cases, becomes apparent at inception, during term sheet execution itself when many overenthusiastic lawyers try to push promoters to get the ‘most out of the deal’. This hardnosed bargaining hardly escapes the roving eyes of PEs who are smart enough to gauge the promoter’s mind. The relationship moves from strained to sour as the parties move from financial due-diligence to legal documentation.

Eminent corporate Lawyer Nitin Potdar opines, “The legal community needs to play a far more conscientious role during the negotiations. Agreed, most promoters need help in matters of prudence and professionalism, but does that mean every management decision should be examined under in the fashion of a fraud investigation? Rather than work towards a win-win situation, lack of proper process often results in renegotiated valuations and lack of compliance leads to stricter representations, warranties and indemnities with more veto rights.”

No wonder, the diligence and documentation grind turns acrimonious at times with legal and financial consultants taking pride in turning trivial issues into show stoppers. The draft documents with multiple markups further aggravate the hostility on both sides.

Given the multiple industry-specific challenges, achieving year on year growth and profit is never easy and the promoters need to be more accommodating in considering quality inputs emanating from sector expertise. On the other hand, certain funds may not have the requisite bandwidth to withstand and win over sticky business challenges. It’s therefore critical that those funds are allowed to re-evaluate their exit options during such times.

“In the absence of regulatory support, all routes of exits - including strategic sales, reduction of capital, buy-back or listing through corporate restructuring - are currently at the mercy of the promoters. Once the PE enters the fray, exit is hardly his or her choice. It is hence imperative that expectations are right-sized right at the beginning to ensure a healthy relationship based on mutual trust.” believes Potdar.

From the promoter’s perspective, the hostile environment is no less damaging. He or she wonders, “What’s it that I am signing on the dotted line: a shareholders’ agreement or a warrant for bankruptcy?” The Shareholders’ Agreement, supposedly the conduit of cooperation, at times ends up sowing the seeds of imminent separation. And God forbid, if the business environment becomes adverse going forward, the relationship ends on a tragic note of mistrust and mudslinging.

McKinsey made a pertinent observation in one of its dated reports, “As the general economic sentiment in India turns positive, the country's private equity industry has a real opportunity to regain its past vibrancy and move towards making an even greater impact on the economy"

To capitalize on the real opportunity as Mckinsey rightly points out, India needs to move quickly become a plausible destination, not merely promising, for PE investors across the globe.