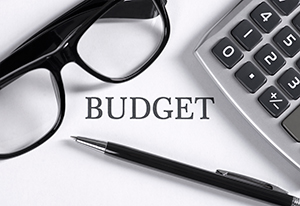 We will also look at some unique aspect of the Indian Budget process like the “Halwa Ceremony” and why it is done. Over to the budget process.

Most of you have seen the budget being presented by the Finance Minister on the floor of the house each year. Have you ever wondered about the amount of work and detailing that goes into the preparation of the Union Budget? It is actually a full 6 month process that starts in August in the previous year and culminates in February next year. We will also look at some unique aspect of the Indian Budget process like the “Halwa Ceremony” and why it is done. Over to the budget process.

Four pillars of the Budget process

The entire budget is divided into 4 clear phases.

1) Budget formulation, which entails preparation of estimates of expenditure and receipts for the fiscal year

Let us focus here on the Budget preparation process for Feb-22 Union Budget.

The budget process starts around the previous August itself. The first step is the Department of Economic Affairs, Ministry of Finance issuing the Annual Budget Circular. These are detailed instructions for various departments / ministries for preparing budget estimates. For every item under the purview of that department, the officials have to present the Budget Estimates, Actuals and the Revised Estimates for the ongoing budget year for every item of receipt and expenditure.  For example, when budget is presented on 01-Feb 2022, it will contain budget estimates for 2022-23, revised estimates for 2021-22 and actual expenditures and receipts of 2010-21.

Here the Niti Aayog (formerly called Planning Commission) has a role to play. The various ministries provide budget estimates for plan-related expenditure for the next year in consultation with the Niti Aayog. These estimates must fit into the Plan allocations for each five year bracket.

This is portion of outflows that cannot be funded by budget inflows. Hence the government has to rely on borrowings. Under the FRBM Act, the onus is on the Finance Minister to strive towards the reducing the fiscal deficit and bring revenue deficit to zero. The Fiscal deficit was to progressively move towards 3.5% of GDP and then to 3% of GDP. However, due to COVID, the normal FRBM path has been disrupted as India ended up with fiscal deficit of 9.3% in FY21 and possibly 6.8% in FY22. This budget will put the onus on the finance minister to reduce the fiscal deficit and also give a timetable to bring it to 3.5% target.

This normally happens around January wherein the revenue-earning ministries provide estimates of revenue receipts in the current fiscal year and next fiscal year to the finance ministry. Once the total receipts are consolidated, the various budget proposals are examined by the finance minister and expenditure is prioritized in consultation with the prime minister and the Union Cabinet.

This is when (around the second week of January), the Finance Minister holds pre-budget consultations with various stakeholders to seek final inputs. These include various ministries, state governments, trade associations, industry associations, industry captains, stock market professionals, leading academicians, economists, bankers etc. By the end of January, the People’s Charter of Demands is readied and incorporated into the budget where acceptable and approved.

This is the last step in the budget preparation process. Here the National Informatics Centre (NIC) helps the budget division consolidate all the tables, graphics and data into a single document. The consolidation is fully computerized. This is a stage that entails high secrecy and the budget staff normally stays there till the budget is ready. At the end of the process, the permission of the President is sought before finalizing the budget for printing.

The printing process of the Union Budget papers is marked by the traditional “Halwa Ceremony” at North Block. In Indian tradition, it is believed that it is auspicious to eat something sweet before starting an important work. Halwa ceremony is presided over by the Finance Minister.

However, the latest Budget presented by Nirmala Sitharaman was not physically printed but it was a digital budget. That could be the trend in the coming years too.