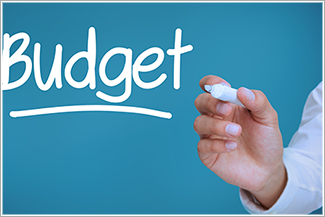 Why was 2014 called a vote on account and why was 2019 called interim Budget. Let us unmask these realities.

Why did the government present 2 budgets in 2019 but only one budget in 2020? Why was 2014 called a vote on account and why was 2019 called interim Budget. Let us unmask these realities.

A. Interim budgets are normally presented in an election year or when the government is facing a no-confidence motion. Normally, it is the election year. In India, central elections are conducted across the country in April and May once in 5 years. When the budget is presented in February (for example, 2014 or 2019), the government is about to complete its 5-year term. It may be tough to take concrete decisions on the road ahead till there is clarity on the new government. Hence, an interim budget is presented in an election year as a stop-gap arrangement. That is the accepted practice over the years.

B. Interim budget is linked to the vote-on-account or you can say vote on account is the outcome of the interim budget. What do we understand by Vote on Account? The vote-on-account gets the approval of the Parliament to draw funds from the Consolidated Fund of India (CFI) for routine expenses between April and the formation of the new government. This is a stop-gap arrangement to ensure expenses are met.

C. Interim budgets are also a sign of deference to electoral democracy where election outcomes cannot be predicted till the results are actually out. Since there is no guarantee that the same government will return to power, the FM cannot make long term allocations and commitments ahead of elections. The full budget is only presented after the new government assumes office and the new finance minister is appointed. In election years, the interim budget is presented in February and the final budget is presented in June or July after the new government is in place.

E. Union budget presentation is normally the prerogative of the newly formed government. After all, it is the new government that will set the tone for the next financial year. This is the main reason why the vote on account is used as a temporary stop-gap arrangement to keep the central administrative machinery up and running. However, anything to do with major changes in direct taxes or the reforms process are reserved for the full budget.

F. The distinction between interim budget and final budget has been necessitated by the Election Commission’s model code of conduct that kicks in just before the general elections. Here is the dilemma! If the ruling party presents the full year budget, it would be tantamount to making promises at a time when the colour and nature of the new government is uncertain. That would be against the basic democratic principles where the mandate of the electorate is considered to be supreme. For example, governments may be inclined to offer easy sops to attract votes. The interim budget without reforms and direct tax sops, serves the purpose of adhering to the Election Code of Conduct.