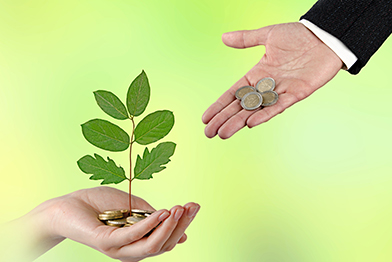 From green bonds to swappable batteries for electric vehicles, budget has pushed forward the agenda of sustainability

Budget 2022-23 has been hailed by experts for its progressive, growth-oriented approach. Additionally, the budget has also focused on two key themes – digitalization and decarbonization. While digitalization has been on the government’s radar for quite some time, it was probably the first budget which announced several measures around the theme of decarbonization. In fact, climate action is part of the four key priority areas in the budget. Government has also identified climate action as a sunrise sector capable of generating employment in the future, highlighting the multiple impact areas of this domain.

Green bonds
Announcement of green bonds marks a key innovation in the area of responsible financing. Government will launch Sovereign Green Bonds as part of its total market borrowings in FY23. While some Indian companies have garnered capital through green bonds, it is the first time that the government is tapping this route. Funds raised through the Sovereign Green Bonds will be utilized towards green infrastructure i.e. public sector projects aimed at reducing the carbon intensity of the economy. This is a step in the right direction especially given the rising emphasis on responsible investing, not just in India but around the world. Data from Climate Bonds Market Intelligence estimates the size of green bonds market at $517.4 billion in 2021, a surge of 50% over 2020. India still has a large ground to cover when it comes to green bonds. This move could have a ripple effect and propel more corporates to launch green bonds.

Battery Swapping Policy
This move is aimed at removing a key hurdle in adoption of electric vehicle on a larger scale – inadequate infrastructure for charging batteries. It seems to address the issue of space constraints, particularly in urban areas which makes it difficult to set up charging stations. Government is encouraging private sector participants to formulate inter-operability standards and develop business models to provide ‘Battery as a Service’. These steps, if implemented properly, will act as a booster shot for adoption of electric vehicles in the country.

Solar Power
The budget proposed earmarking additional allocation of Rs 19,500 for Production Linked Incentive for manufacture of high efficiency modules, with priority to fully integrated manufacturing units from polysilicon to solar PV modules. This move will aid in achieving the goal of 280 GW of installed solar capacity by 2030. Other forms of renewable energy such as wind, small hydro and biomass are also part of India’s plans to embrace renewable energy.

Circular Economy
Budget emphasizes the need to develop opportunities for 10 sectors in the area of circular economy. These include electronic waste, end-of-life vehicles, used oil waste, and toxic & hazardous industrial waste, among others. These sectors are likely to play a pivotal role in climate action.

Thus, the budget has set the tone for climate action and also provided the direction in which actions need to be taken. From here on, focus will shift to timely and efficient execution of these announcements. Regular monitoring of these programs will be crucial in making them a success. While these steps are in the right direction and have addressed some prominent aspects of climate action, a lot more needs to be done to achieve India’s goal of carbon neutrality.

Author of this article is Sheetal Agarwal, AVP-Content and Communication, IIFL