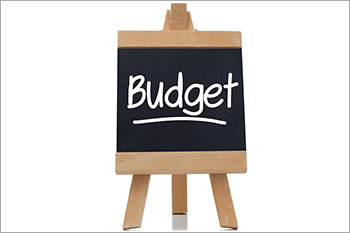 With the revenue scenario remaining tight in FY23, the government may not have too much leeway on hand. It will boil down to what best it can do.

As the countdown to the Union Budget 2022-23 begins in right earnest, one of the sectors that has always attracted the attention of policymakers is infrastructure. If you look at the components of the infrastructure sector, captured by the monthly core sector output, it had dipped into negative in FY21. Even after the bounce of FY22, the infrastructure output is just about likely to reach FY19 levels by March 2022.

That is the historical part, where the budget may not have much of a role to play. The bigger question is about the government giving a boost to the infrastructure sector via sops and a fiscal thrust in the budget. At the outset, there is a dilemma. India reported fiscal deficit of 9.4% in FY21 and is expected to announce fiscal deficit of around 6.6-6.8% in FY22. With the revenue scenario remaining tight in FY23, the government may not have too much leeway on hand. It will boil down to what best it can do.

From Rakesh Mohan Committee in 1997

The challenges of infrastructure and its impact on exports and GDP growth cannot be overestimated. In 1997, the Rakesh Mohan Committee had first made an estimate of $200 billion over 10 years to bring Indian infrastructure to South East Asian levels. By 2018, that estimate had gone up to $2 trillion over 10 years. Obviously, that kind of money has to come from PPP (public private partnerships).

It is estimated that weak infrastructure imposes a huge cost on business to the tune of 3-4% annually. That means, an infrastructure thrust directly boosts GDP growth by around 3-4%, other factors remaining constant. That is because infrastructure investment has a huge multiplier effect and downstream salutary impact. Let us now turn to what are the infrastructure sector expectations in Budget 2022-23.

In the fiscal year 2021-22, the government had made big allocations to sectors like roads and railways infrastructure. Today, India is laying highways and expressways at a record pace, under the leadership of Mr. Gadkari. During the year, the government also announced the extremely ambitious National Infrastructure Pipeline Project, which would act as the central monitoring and approval module for all infrastructure projects across India. Despite the budgetary constraints, the government will have to sustain this momentum. Just to take an example; the National Highway Grid conceived by the Vajpayee government in 2003 has had a magnifying impact on growth in the last 17 years.

The National Monetization Plan announced is a long term plan stretching over 5-6 years and intends to monetize all possible income earning infrastructure assets of the government. This includes roads, expressways, railways, gas pipelines, oil wells etc. This is not only going to bring in professionalism into the sector but will also create a resource base for the government. The idea is to monetize assets of the state and not only leverage these future revenues but also bring foreign participation including pension funds, sovereign funds and insurances that normally invest in infrastructure for the long term. Budget 2022-23 must sustain this focus on monetization and add momentum to it.

It is impossible to just depend on financial institutions and banks to fund the long term infrastructure projects. There has to be a market mechanism and that has to come via debt. There is an appetite but the only constraint is the breadth and debt of Indian debt markets. One positive development would be the inclusion of Indian bonds in the global indices, which will mostly happen in March this year. In addition, there are also expectations that the government will simplify FDI into infrastructure including the easing of risk weights of infrastructure loans so as to make projects viable.

4. Special incentives for use of modern technology

Unlike countries like China, Japan as well as most of Asia and Europe, the reliance on manual labour and processes is too high. China gave a big push to infrastructure through the skilful use of modern technology, smart machines and robotics. Indian infrastructure companies must invest in modern machinery and modern technology. But that will not happen unless the government gives adequate incentives. Here is how the government can help in this budget. For the adoption of modern and state-of the art technology in infrastructure, the government can provide a host of incentives like tax holidays, rebates, or even a point-based priority system for awarding government projects.

No talk of hard infrastructure will be material without this troika. COVID highlighted the inherent risks of a weak health infrastructure. We have seen the impact on productivity. Again, world class education, at the primary and middle level is mandatory. India has too many people with degrees and too few who are employable. Above all, a robust export sector automatically puts pressure on infrastructure sector to deliver. If Budget 2023 enhances allocations for this troika, infrastructure puzzle should fall in place automatically.

Themis Medicare gets add on approval for drug VIRALEX; Stock plunges over 5%