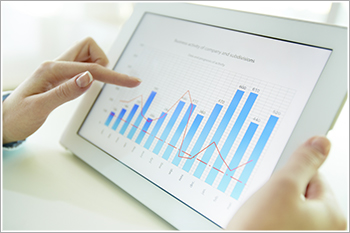 June 2019 has been relatively disappointing; in terms of sales growth, operating profit growth and bottom line. Nearly 85% of companies listed on the BSE have announced their results for the June quarter. If you look at the overall performance of all companies on a yoy basis, overall sales revenues were up by just about 4.4% for the June quarter, driven by pricing rather than volume growth.

On a yoy basis, the operating profits actually fell by 10% on cost pressures. Net profits on  yoy basis were marginally higher by around 6% but that is more because the bleeding in PSU banks was lower this time around. Also, weak oil prices were helpful in keeping costs under check. The big worry at a macro level is that total interest payout in the June quarter was up 15% yoy, hinting at a steep rise in cost of funds.

Sectoral performance in Q1 – clash of unequals
Numerically, the number of sectors outperforming are almost equal to the number of sectors underperforming, or below market expectations. But the real trick lies in the weightage of these sectors. For example, companies in the banking, IT, oil and FMCG sectors have shown weakness due to slack demand or higher costs. These four sectors account for over 70% of the weightage on the Nifty and that is the anomaly. Here is the key sectoral performance in June quarter.

Banking and Financials – pressure and warnings
To be fair, the pressure was not really visible in banking and financials which account for nearly 37% of the Nifty. But the pressure points were visible in the bluest of blue chips. HDFC Bank, Kotak Bank and Bajaj Finance showed asset quality pressures. In each of these cases, the top-line growth has been robust but asset quality has raised some uncomfortable questions. What we can infer from the banks is that the problem of asset quality and retail loans could pose a challenge in the coming quarters.

Automobiles and ancillaries – defining the slowdown
In a way, the auto sector has been representative of the slowdown in consumer demand. Weak consumption demand, volatile oil prices, higher insurance charges, pile up of inventories with dealers and steep financing costs are taking their toll. Sales were down by around 3% but the real hit was on profits; down 81% for the June quarter. Steep discounts offered to dealers and a sharp rise in inputs costs have squeezed margins across the board.

FMCG companies are facing the rural pressures
FMCG companies have not got into negative growth territory but sales growth at just 6% was rural driven. Growth came from price rather than volumes; which would have been a healthier scenario. Profits for the quarter grew at just 4.7% despite substantially lower oil prices. This has been largely attributed to weaker realizations.

Information technology pays the price of in-sourcing
IT companies have been increasingly relying on local recruitment in the US and EU to stave off any visa related problems. But that has come at a much higher cost since local sourcing of manpower is a lot more expensive. That will obviously impact profits.

But, there are some winners too
There have been some winners in an otherwise tepid quarter. Aviation numbers were really strong as they capitalized on the Jet shutdown. Cement and material companies benefited from price hikes as infrastructure demand remained buoyant. Interestingly, as FMCG was under pressure, consumer durables managed to show robust growth.

That in a nutshell has been the story of Q1 results so far. A lot will now predicate on a solid booster package from the government.