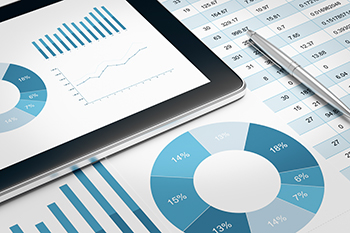 Between its inception in 1965 up to 2021, Berkshire Hathaway delivered CAGR returns of 20.1%. Remember, these are annualized returns over a period of 56 years.

Normally, when Berkshire Hathaway announces its fourth quarter and annual results for the year, the focus is on what Warren Buffett says in his letter to shareholders. Over time, his letters to shareholders have not only become the best commentary on his investment thought process, but also a veritable tome on value investing.

Before we get into the nuances of the year 2021 for Berkshire Hathaway, let us quickly look at how Berkshire stock has performed since its inception in 1965 and how S&P 500 did in the same period. That is a full 56 years, so long enough to take the longest possible view for any investment. Let us look at the S&P 500 first.

US treasuries almost as large as Apple exposure

Berkshire sits on a cash pile of $147 billion. Out of this, nearly 80% is held in US treasury Bills, which means 0.5% of the total treasury bills issued by the US government are with Berkshire Hathaway. As both Buffett and Munger have admitted, the cash holdings are nearly 20% of the overall investment holdings of Berkshire Hathaway, very close to the peak cash holdings by Berkshire at any point of time. Is this not wealth destructive?

According to Buffett, when sufficient value pockets are not visible in the market, it has been their conscious decision to be heavy on cash. But, as Buffett cryptically explains, “Even in the past, such huge cash positions have been unpleasant, but never permanent”. With its recent abortive attempts to find value in stocks like IBM and a clutch of airline companies, Buffett and Charlie Munger feel it is better safe than sorry.

In the past few years, Buffett has outlined a very clear investment strategy. When the investment opportunities in the market do not offer the required margin of safety, they prefer to invest in their own company. That is just another word of stock repurchase programs. According to Buffett, repurchase is the best way to increase the stake that shareholders hold in its various investments by reducing outstanding shares.

Between 2020 and 2021, Berkshire Hathaway repurchased stock worth $51.7 billion. By repurchasing 9% of the outstanding stock as of end-2019, Berkshire used the COVID lows to increase the shareholder holdings in the investments of Berkshire Hathaway by 10%. In addition, in the first 2 months of 2022, Berkshire has bought back another $1.2 billion of shares. In all $53 billion of value has been given back to shareholders out of the company’s profits. Buffett and Charlie felt this was the most convincing way of rewarding their stakeholders rather than worry about dabbling in stocks with limited margin of safety.

When you talk of a large corporation like Berkshire Hathaway, you got to be talking about a greener future. Vice Chairman, Greg Abel has provided an elaborate 2-page note on a sustainability summary of the group. Interestingly, just 2 companies in the group; BHE and BNSF, account for 90% of the group emissions. From the 2005 baseline levels, Berkshire plans 50% reduction in GHG (green house gases) emissions of BHE, 30.1% reduction in GHG for BNSF and 46% GHG reduction overall by 2030.

For example, BHE plans to achieve its 50% reduction with its 16 coal-fired plans already shut and another 16 coal-fired planned to be shut. This is over and above the $35 billion in renewable investments done by BHE. BNSF will focus on fuel efficiency and increased use of renewable diesel fuel. In a world that is going green, Berkshire Hathaway is certainly not missing the opportunity to give a renewable green thrust to its core business.

One of the most anticipated announcements in any Berkshire Hathaway meeting is the date when the two original partners will retire. Not surprising, considering that Buffett is nearing 92 and Charlie Munger is already 98. But the line of succession is fairly clear. Two years back, there were doubts over whether Berkshire mantle would pass on to Greg Abel or Ajith Jain. That choice has been made.

It is now clear that a much younger Greg Abel will take charge, especially considering that he runs the non-insurance interests of Berkshire, which gives him a much wider platform and perspective. Regarding the retirement of Buffett and Munger; when shareholders have earned 20.1% compounded over 56 years, the last thing they would be calling for is the retirement of the top bosses.