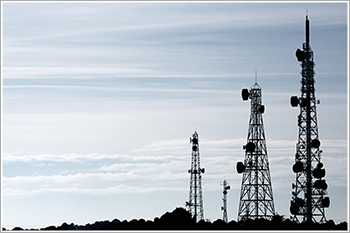 Telecom companies had asked for waiver of interest and penalty and charging only the principal. However, these issues were put to rest in the last judgment of the Supreme Court.

The Annual Gross Revenue (AGR) debate pertaining to telecom companies has been the bone of contention for over 15 years. While the original amounts may have been relatively small, the legal battle has dragged on. Initially, telecom companies argued that no AGR was payable by telecom companies other than on direct telecom revenues. However, the Supreme Court judgment in October 2019 clarified that the AGR demand was legitimate.

But confusions prevailed. AGR dues calculated by the telecom companies were substantially lower than what the DOT has claimed. Telecom companies had asked for waiver of interest and penalty and charging only the principal. However, these issues were put to rest in the last judgment of the Supreme Court. The SC categorically said that there was no question of re-calculation of AGR dues or of any waiver on interest and penalty. That left only one issue undecided; whether telcos should be given a longer time frame to pay the amount. Now, the Supreme Court has given a new twist and a new dimension to the AGR debate.

What is this new dimension to the AGR debate all about?

In the statement of AGR dues (as we shall see later), there are outstanding amounts against bankrupt companies like RCOM, Aircel and Videocon also. But there was no clarity on how these dues would be recovered and whether it would fall upon the potential acquirer to pay these dues to the government. That is the dimension that Supreme Court has now added.

In what could have much wider ramifications, the Supreme Court has squarely put the onus of paying AGR linked dues on those telcos which are using the spectrum; originally held by bankrupt firms. The court has asked for an assurance that if the bankrupt firms fail to pay their AGR dues, the telecom operators that got spectrum from them would compensate.

This could have interesting ramifications. For example, if Videocon or Aircel cannot pay the AGR dues then Bharti Airtel, which is using spectrum from Videocon and Aircel, will take the hit. A similar argument would apply for Reliance Jio, which would be called up to pay the AGR and SUC charges of RCOM. Let us get a hang of the total amounts owed by these telcos.

What telcos owe to the DOT as charges?

The table below captures the total amount owed by the telecom companies under different heads.
Data Source: DOT, COAI

Clearly, if Reliance Jio and Bharti have to pay monies on behalf of RCOM and Aircel respectively, the hit would be substantial. Justice Mishra has observed that, under the spectrum trading guidelines past dues must be cleared before transfer of spectrum. As part of the waterfall, if the transferor defaults, then the onus is on the transferee.

Supreme Court has directed the DOT to furnish granular details of spectrum shared by insolvent companies and the dues on account of such shared spectrum. Even as the decision on more time to telecom companies to pay dues could be a business decision, the condition of spectrum transfer highlighted by SC will add a new dimension altogether. It will also make the debate more complex.

This could transform into a form versus substance debate

Currently, the spectrum acquirers have argued against the Supreme Court contention on two technical grounds.
Both the above arguments are about form and not so much about substance. What the Supreme Court is really talking about here is about substance of the argument. In terms of substance, the above arguments can be rebutted as follows. Firstly, irrespective of whether the transfer of spectrum is a sale, lease or licensing, the bottom line is that such transfers are patently unfair to other telecom companies that are still operational. Secondly, it is not clear if any IBC provision that AGR dues are lower in priority will gloss over the fact that not paying AGR charges is almost equivalent to defaulting on dues to the exchequer.
The Supreme Court has certainly added a new dimension to the AGR debate and the last word may not yet have been said on this matter.