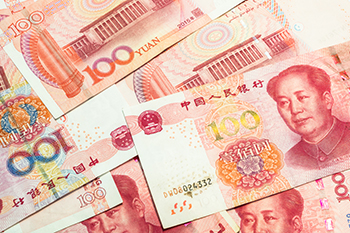 The mystery of the 'Yuan'

Apart from the US-China trade war, the one event that has caused wariness and attracted US President Donald Trump’s ire is the record 10-week slide in the Chinese yuan.

Apart from the US-China trade war, the one event that has caused wariness and attracted US President Donald Trump’s ire is the record 10-week slide in the Chinese yuan. The currency was trading near its lowest level in more than a year, causing Trump to fume that the yuan is “dropping like a rock.” He alleged that China is purposefully keeping the value of its currency artificially low to advance its huge export industry.

But contrary to US’ pomposity, China’s top bank, The People's Bank of China (PBOC) intervened, announcing that it has introduced a counter-cyclical factor to keep the yuan’s daily midpoint fixed to a relatively stable level. Though there is no clear picture about how this new “X” factor was arrived at, the PBOC has used this mechanism earlier, when it introduced the feature in May 2017, to counter the bias towards a weaker yuan. Reportedly, the central bank got nervous as the yuan tested the psychologically important support level of 7 to the dollar.

So, what is the issue with the yuan? How does China manage its currency and why is Trump getting the blues about China’s currency? We decode the hazy picture here.

How does China manage its currency?

Notably, the yuan doesn’t enjoy the freedom that most other currencies, like pound and dollar, do. Every morning, the PBOC sets a “band” wherein the yuan’s value is only allowed to move 2% up or down.

So, why does China keep its currency on such a short leash? Apparently, when China was opening up its economy in the 1970s and 80s, it kept the yuan artificially low to ensure that its export industry flourishes, pushing aside its Asian rivals.

Accordingly, China used an altered version of the traditional fixed exchange rate. As per this, it tied the value of its currency to some other prevalent currency or commodity. Thus, China’s exchange rate compared the yuan’s value to a basket of currencies, in-line with its trading partners. Since US is China’s largest trading partner, the basket is tilted more in favor of the dollar.

It was due to this steadfast nature of the currency that the country was able to escape the Asian financial crisis, which rocked most South-east Asian nations - manufacturing dependent countries, as it was cut off from foreign investors.

Apart from this, China’s top bank also sets the interest rate to drive the economy and passes diktats about how much cash banks must keep as reserve. It also digs into its dollar reserves to buy yuan from Chinese banks to restore the yuan’s value at times by putting more dollars into circulation.

Thus, the yuan and China’s destinies are closely linked.

So, why is Trump peeved about the yuan?

Meanwhile, US President Donald Trump has always been disgruntled about the yuan. During the 2016 presidential election campaign, he vowed to formally term China a “currency manipulator” if he is voted to power. However, he toned down his rhetoric after his appointment to America’s top post, and he has never officially referred to China as a manipulator.

Nevertheless, he got riled up last month, when the Chinese currency posted a steep decline against the US dollar. Obviously, any country’s goods become more attractive to buyers in the face of a weaker currency. Trump’s argument was that China has forcibly pushed down its currency to offset any effect that the US tariffs could have.

China has consistently slammed these allegations of devaluing the yuan to gain trade advantage. The PBOC’s latest intervention indicates that the Xi Jinping presidency is not comfortable with the yuan depreciating further as it would spur capital outflows from an already slowing economy. China seems to be learning from its earlier experiences when, in late 2015 and 2016, rapid depreciation of the yuan triggered excessive capital outflows.

However, though its latest measure does stabilize the yuan, it impedes Beijing’s efforts to shift the yuan to a market-driven currency model.

Further, with Sino-US trade talks disappointing, China repeatedly saying that it plans to move towards a “managed floating yuan exchange rate system,” and critics arguing for setting free the yuan from the dollar’s shadow, the yuan’s temperament will be closely watched.