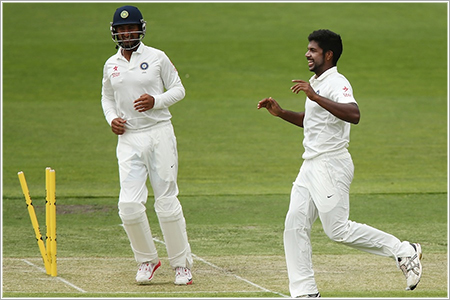 When BCCI killed the Golden Goose

The author is a market analyst but occasionally revels in expressing his views on varied topics.

Although "The goose that laid the golden eggs" is a hackneyed phrase, it holds so true when one reflects over the recent transformation of Indian cricket. In the era of monetisation, insatiability prevails over virtue and it does not sound surreal to see entities/individuals getting preoccupied with the concept of growth. In philosophical terms, growth implies to produce/consume more than one need. Nevertheless, the stock market or the economic version of growth has different connotations. It is the "want" and not the "need", which the world is obsessed with.

Cricket in India always enjoyed unmatched patronage, where the game was deemed to be a religion and the protagonists/players no less than demi-gods. Traditional formats of the game like one day and test matches had avid followers. To market the sport globally, the cricketing fraternity reinvented the wheel, which gave the birth to the 20:20 game. The new variant was palatable to the audiences categorically in the unconquered geography like North America. The novel version enjoyed healthy fanfare, as the duration of the game was short and entailed extravaganza. In such a scenario, there was no need for exotic formats like IPL. Proponents of the IPL cite the success of the club/league format in football. However, it is unfair to draw a parallel between the two sports. Reasonably, English cricket was in desperate need of the new format, where the popularity of the Test and one day cricket was waning to abysmal levels. The home of cricket was in such dire straits that the English exhibited complete apathy with the fact that their nation hosted the cricket world cup fifteen years back. The stadiums were inundated with Asian breed rather than the colonial race. The moot point is whether Indian cricket really needed IPL, wherein the prior backdrop seemed utopian. Cash-rich administrator, burgeoning audiences, sprouting pool of talent and the nation deemed as the epicentre of the game. It seems unfathomable why an administrator of such a lucrative institution will ask for more. Apparently, the fever of monetisation inevitably gripped BCCI. Although IPL has proved to be money-spinner for the administrator, it has insidiously killed the game. The love for the conventional form of the game has definitely taken a hit, which can be manifested by the fact that audiences no longer eagerly await for cricketing itineraries (thanks to overkill of the game). Gone are the days, when a high degree of hype and hoopla surrounded the onset of an overseas tour. Cricket buffs had an uncanny penchant for watching the game being played on wickets in Australia and England. The fetish defied description, when audiences burned the midnight oil to ensure not even a single ball is missed. Brouhaha prevailed amid the social circles, discussing the plots deployed by the national teams and the mental fortitude required to play the game on bouncy foreign tracks. In fact, the obsession for the game made the layman resemble a self-proclaimed analyst. Trials of the national team were short lived, whereas tribulations were engraved on the rock.

The world is a different place now, where the game is tainted with scams and match fixing allegations. The loyalty for the national team is on the wane. There is also a perception that betting and fixing is institutionalised, where the role of BCCI in malpractices cannot be ruled out.

However such deterioration has accidentally proved to be a "blessing in disguise" for other sports in a country like India. The fascination with cricket always overshadowed the significance of other sports. At the grass root level itself, varied sports never received the much required encouragement. But now things seem to be changing for good. There is an emergence of a fresh inclination towards Football, Tennis and Badminton. In fact, a traditional sport like Kabbadi is also greeted with much fanfare. Sporting professionals from India are gradually cementing their place on the global stage. This is a much needed change for sporting fabric, where pluralism should be the essence in all the aspects of a diversified yet united nation like India.

On the cricket aspect, the need of the hour is to cleanse the game. Imperatively, the change calls for a tectonic shift in the functioning of the BCCI. Popular wisdom suggests people who have played the game should administer it as well. Else it would be left to those who do not understand the game and have vested interests to call the shots. This obviously begets corruption and unnecessarily tarnishes the game. Although it is difficult to ascertain something sacrosanct under the sun considering the era in which we prevail, the endeavour should always be for a better tomorrow. After all cricket was and should be a gentleman's game.

Viacom18 wins digital rights to the IPL, while Disney opts for legacy media