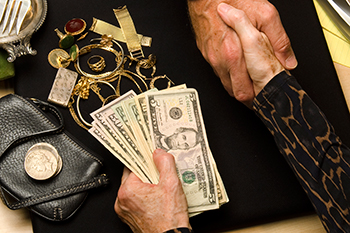 Negative interest rate policy adopted by ECB and BOJ clearly conveys that central banks are running out of ammunition in order to combat deflation. This is constructive for gold prices. We infer that such fragile economic landscape will eventually bring gold as an investment avenue back in the reckoning.

Gold prices are expected to rebound very strongly and sustain the recent rally, as the picture is not rosy if you look at the overall economic landscape. Element of uncertainty will continue to provide the much needed impetus to the yellow metal. On a medium term perspective, there is a likelihood of gold prices testing the high of US$1,250-80/oz before June this year. We highlight the factors, which justify our stance:

Failure of monetary policies in the developed world:

We need to understand that the loose monetary policies adopted by various central banks during past few years have failed to yield the desired results. Generally, low interest rates and quantitative easing should lead to higher growth and higher inflation. Conversely, the outcome of the measures has been high debt, low or no growth and making matters worse, most of the advanced economies are on the verge of deflation. There has been no improvement in aggregate demand. Negative interest rate policy adopted by ECB and BOJ clearly conveys that central banks are running out of ammunition in order to combat deflation. This is constructive for gold prices. We infer that such fragile economic landscape will eventually bring gold as an investment avenue back in the reckoning. Although language of recent Fed policy statement was not as dovish, we infer that contemporary central banks are too fickle and there is a strong possibility of Fed changing its stance, given the prevalent deterioration in global economic picture. In fact, the perception of various central banks persisting with loose monetary policy for quite some time to come is getting stronger. Many economists are of the opinion that US Fed will also be compelled to do a volte face on the process on policy normalization, in light of slowing economic conditions. In this respect, US GDP growth during Q4 2015 slowed to annualized 0.7%, when compared with the reading of 2.0% during the prior quarter. US GDP grew 2.4% during calendar year 2015, similar to the growth witnessed during the previous year. Recent trend in US 10 year sovereign bond yields is also indicating at diminishing possibility of another rate hike. Yields on the 10 year instrument have declined to 1.89%, when compared with 2.1% a month back

Uncertainty is the perfect recipe for higher gold prices and the prevalent economic environment remains extremely fragile. In this respect IMF has once again downwardly revised its growth forecasts and now projects the world economy to grow at 3.4% in 2016 and 3.6% in 2017, about 0.2% lower than previous estimates. China's growth is expected at 6.3% in 2016 and 6% next year. Growth outlook for US has been lowered as well, weighed weak exports and lower investments in energy sector. US economy is forecasted to grow at 2.6% for 2016 and 2017, down 0.2% from its October forecast. Europe is forecasted to expand by 1.7% this year. Turmoil in Chinese economy, deflationary concerns in Europe and Japan, stagnant growth in US, falling commodity prices and the spill-over effect on the emerging economies augments the safe haven appetite for the yellow metal.

China’s net gold imports from Hong Kong during December surged to its highest level in more than two years, while China’s central bank added more gold to its reserves in December, bringing its total purchases in the second half of 2015 to more than 100 tons. Chinese reserves have now increased by 19 tons in December to 1,762 tons. Indian imports for the calendar year were reported at 905 tons, higher than 826 tons in 2014. Indian imports are forecasted to rise above 1000 tons this year. Meanwhile, there has been steady improvement in the investment demand for the yellow metal, with holdings in world’s largest gold ETF (SPDR Gold Trust) reported at 690 tons, higher than 640 tons at the beginning of this year.