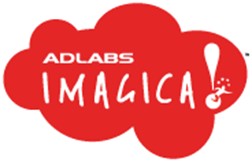 Water Park operations were resumed on March 11, 2021, however closed again due to second wave lockdown, thereby generating Rs0.8cr revenue during Q4 FY21, the company said in the filing.

The stock fell nearly 4% in the last hour of a trading session.

The Hotel had been opened for guests from August 2020 in line with Maharashtra State government guidelines, without some amenities like a swimming pool, gym, kids play area, Spa, etc. Operating with such constraints, the Hotel Revenues were Rs4.9cr in Q4FY21 vs. Rs9.7cr in Q4 FY20.

Due to the second wave from March 2021, the park has been closed since 5th April 2021 due to the lockdown by the Government of Maharashtra.

The company has also taken steps for a reduction in fixed costs to offset part of the business lost during the COVID-19 closure. The management has also taken due care to maintain the assets in a workable condition, despite adverse circumstances; thereby resumption of operations post lockdown did not remain a constraint