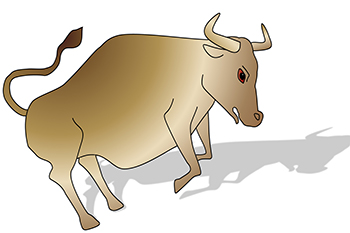 IT company stocks in Indian markets were on a bullish trend. The week has been on the buying front for these stocks. Nifty IT continued to clock fresh historic highs on numerous occasions this week and Friday was no different. Heavyweights were major drivers in today's trading session as the outlook for this sector remains positive.

On Nifty IT, Tech Mahindra leads the rally after announcing its financial performance for June 2021 quarter. The Q1 earnings have swayed sentiments favourably in this sector.

Further, on the index, Mindtree followed with nearly 4% gains. The stock has also hit a new 52-week high of Rs2,944 per piece in early deals.

Meanwhile, HCL Tech contributed to the gains by soaring over 3%, whereas L&T Infotech was also among the bulls climbing by more than 1.5% after earmarking a new 52-week high of Rs4,727.80 per piece.

Wipro and Infosys were trading on a flat note. In the early trade, Infosys also touched a new high of Rs1,623.40 per piece.

On the downside, Mphasis took lead plunging by 1.8% followed by Coforge and Oracle Financial Services slipping by 1.7% and 1.6% respectively.

The performance in domestic IT stocks comes despite technology stocks globally being on a roller coaster ride. The Chinese technology stocks that are listed in the US were seen to be moving towards their worst month since the global financial crisis as traders booked profit heavily due to regulatory crackdown by Beijing.

The Nasdaq Golden Dragon China index comprising of Chinese tech stocks has nosedived by 22% so far this month - resulting in their biggest plunge since 2008.

Earlier today, Hong Kong’s Hang Seng Tech index contracted more than 3% as well. The selloff in Chinese and Hong Kong tech stocks have been consistently on a broader nosedive in the past two weeks. Although, the Beijing policymakers have tried to ease the selling spree by indicating that regulatory restrictions are not meant for burying the country's biggest tech groups. This resulted in an upside on Thursday but soon the downside took place on Friday.