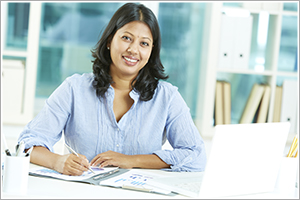 The survey was conducted across 12 countries, covering 22,347 employees working for large, non-government employers. Emerging economies like India and China witness a much higher savings rate as compared to western counterparts like the US and UK. Indian employees have the second highest savings rate at 16%, second only to China, yet  a large number are not confident of affording a long spell of retirement with an overwhelming 78% feeling the need to save more. This is especially noticeable among those above 50, where 86% opine they will have sufficient financial resources for 15 years into retirement but this figure drops significantly to 63% for a 25 year retirement period.

Save more rather than work for a longer duration

Sharing perspective, Anuradha Sriram, Benefits Director, Towers Watson India said "In the face of a high inflationary environment and the advent of nuclear families, retirement adequacy is fast emerging as a national challenge with serious economic and social ramifications. While many remain unsettled about their post retirement financial prospects, India has a relatively young workforce, thus allowing them time to plan. That said, there is an evident need for the government and employers to take cognisance of the issue and incentivise or mandate such savings.”

Madhya Pradesh to use drones for monitoring of power transmission towers