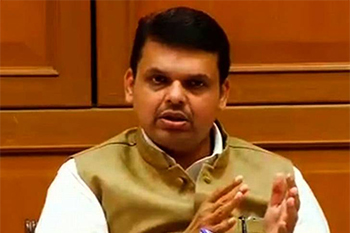 In order to tackle the emergencies which often accompany the monsoon season in India, Devendra Fadnavis, Chief Minister of Maharashtra stressed on the need for increased co-ordination and prompter response plans, in a meeting in Mumbai, as per a report.

The three long hour meeting on Thursday witnessed the CM reviewing the monsoon preparedness of the State Disaster Management Authority.

There have to be clear measures directed at countering high rainfall. Especially, the deadly cocktail of high tide and excessive rainfall has needs rapt attention, as it affects a lot of people. Hence, a concentrated and combined effort from all departments such as the BMC, the railways, the airforce, the navy, the state administration’s control room, the disaster management cell, and the police control room is essential, CM Fadnavis was quoted as saying by a report.

The Minister also requested the Indian Meteorological Department (IMD) for more detailed monsoon forecast in the meeting, while unveiling the disaster management preparedness plan. Further, IMD also gave its predictions for this year’s monsoons as per which rains would hit the state in the first week of June, as per reports.

Equipped with fast patrol vessels as part of the relief teams, the coast guard also assured that it is all set to meet any monsoon emergencies.

Additionally, stressing on safety measures along ports, including JNPT and deployment of emergency touring vessels, officials told the CM that teams at the National Disaster Renponse Team (NDRF) have already geared themselves up for this year’s monsoons with well-defined plans, say reports.