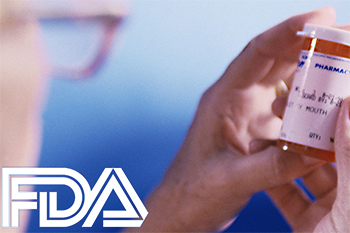 Since November 2015, the US Food and Drug Administration (US FDA) has slammed warnings to as many as 5 drug manufacturers of India over quality concerns and compliance with manufacturing practices. Besides, strengthening Indian rupee against African and Russian currencies coupled with increasing competition from China and other developing countries may drag India’s drug exports to 7.98% by 2020 from 14.77% GACR during 2010-2014, according to a recent study.

A joint report on Intellectual Property Rights (IPR) by TechSci Research and Assocham points out that the recent FDA warnings over deficiencies at manufacturing units of various Indian drug makers is hurting India’s drug exports to the US.

In last 2-3 months, Indian pharma firms including Dr. Reddy’s Lab, Sun Pharma, Zydus Cadila, Wockhardt Ltd and IPCA Lab have been issued warning letters from the US FDA. Sun Pharma and Dr. Reddy’s, two of India’s largest drug makers, earns a major chunk of revenue from the US market. These strict actions by the UD drug regulator has already started affecting the exports of these two pharma majors.

Adding to the misery, regulatory delays in top export markets like the US, Russia and Africa and weakening currencies of Africa, Russia, Ukraine and Venezuela is expected to take a toll on Indian drug export in coming 3-4 years, notes the study. Furthermore, the devaluation of yuan is also anticipated to give tough competition to Indian drug exports. Besides, Indian firms will continue to feel the heat of cheap APIs dumped in India.

Dilip Shanghvi, Managing Director, Sun Pharma, during a concall on December 19, 2015 had said, “Post the September 2014 inspection, the US FDA has withheld future product approvals from the Halol facility. This situation will continue until all issues are resolved and the site comes back in compliance.”

Speaking about the delay in issuing the warning letter by FDA Shanghvi had said, “It is difficult for me to answer on behalf of the FDA as to what triggered this warning letter. Maybe it is our inability to effectively communicate the extent of changes and extent of remediation that we have done. It is also possible that we thought that some information which we were expecting that FDA will come and look for when they inspect us again, maybe that is something which was expected that we will share with them. We really do not know.”

Pankaj Patel, CMD, Cadila Healthcare Ltd had said during a concall on December 31, 2015, “The action which FDA will take on any inspection would be on historical data and not prospective data. That is my understanding. There are deficiencies, that is why we have 483, and that is the reason why we have received the warning letter. We believe that we have taken action and if there are more to be done, we are willing to do it if FDA asks us additional work to be done. We would request FDA for an inspection to find out what we have done is sufficient or not.”

Following is the snapshot of how the strict FDA actions impacted the drug makers performance in the stock market and what changes (on yoy and qoq) can it bring in their Q3FY16 financial results:

FDA issued warning letter to Dr. Reddy’s Lab on November 4, 2015 over violation of cGMP at its API manufacturing facilities at Srikakulam, Andhra Pradesh and Miryalaguda, Telangana, as well as Oncology formulation manufacturing facility at Duvvada, Vishkhapatanam, Andhra Pradesh. Shares of the company have plunged 32.55% to Rs. 2,910.05 at present, from Rs. 4,314.35. During the same period, Dr. Reddy’s market capitalization has also eroded by Rs. 23,927.17 crore to Rs. 49,647.68 crore from Rs. 73,547.85 crore.

According to IIFL, Sun Pharma Q3 revenues would be impacted due to continued pressure on US supplies due to Halol remediation and pressure on base business as evidenced in Q2 results; we expect adjusted US revenues (for US$40mn one off income in Q2) to decline 1.5% qoq while domestic revenues would inch up 1.5% qoq. Overall we expect 2.7% revenue decline leading to concurrent pressure on margins (‐130bps qoq) and ~17% sequential decline in PAT. We expect InSite acquisition to be factored in Q3 and would look for management commentary on Halol, Ranbaxy integration and US business outlook.

FDA issued warning letter to Cadila Healthcare relating to its Moraiya formulation facility and Ahmedabad API facility (Zyfine) on December 31, 2015. However, the company has clarified that  there are no products in the US market which use API of Zyfine facility. Despite the company’s clarification, its shares tumbled 6.20% to Rs. 307.50 at present, from Rs. 327.80. During the same period, the company’s market capitalization has also declined by Rs. 2,458.05 crore to Rs. 31,480.08 crore from Rs. 33,938.13 crore. The company’s 60% revenues from the US is generated by Moraiya plant.