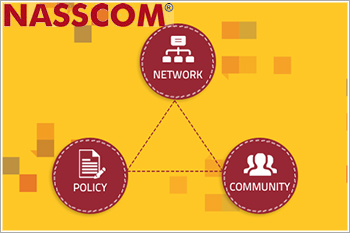 The National Association of Software and Services Companies (NASSCOM) share its findings from its report titled, “Gender Diversity & Inclusivity trends in the IT-BPM Sector”, stating that the industry is increasingly turning women centric, with women constituting 51 per cent of entry level hiring, and having a 50 per cent higher chance of getting IT-BPM job offers. The findings were shared on the sidelines of the 9th edition of the NASSCOM Diversity and Inclusion Summit 2016 in Bengaluru.

To assess the gender diversity and inclusivity situation in the IT-BPM domain in India, NASSCOM and PWC conducted a survey of NASSCOM member companies to get a perspective on how the IT-BPM industry is strengthening its current practices and embracing new emerging trends. The study was aimed at understanding the role of women in the sector, and help companies formulate practices which can further accelerate inclusion in the industry. According to the industry focus is shifting from inclusivity & diversity to empowerment, stating that women are also moving away from support roles and growing in core business operations through added focus on training and development.

Over the years, NASSCOM has been working with various stakeholders across the industry to enable organizations to build a work environment that embraces diversity where employees, customers and other stakeholders thrive and succeed. NASSCOM has been instrumental in creating platforms of knowledge exchange across various forms of inclusion and across different cultural context for companies to share and learn best practices. The organization is also working with the government and the society to create a legal and commercial framework for support the same.

Speaking on the rise of women participation in the sector, BVR Mohan Reddy, Chairman, NASSCOM said, “I am extremely proud of the progress that the industry has made to promote gender inclusivity.  At NASSCOM, we believe that development is never complete unless it is across all sections though participation and inclusion of people irrespective of their gender, creed or color. Today’s summit is part of our continued efforts to build an inclusive work environment in the sector, I hope that we will continue with this trend in supporting more women to break the glass ceiling.”

While the trend of diversity and inclusion is promising in the sector, we still have a long way to go to become a fully inclusive sector. While gender equality has been established at entry levels, women still constitute a far lower share of CXO roles; the trend of women resigning at a higher rate than men as their personal priorities change is hampering this growth.

Description: FACTS ON GENDER INCLUSION IN IT –BPM INDUSTRY:
• Women constitute 28% of job applicants, up by 5% over 2012
• Women constitute 51% of entry level hiring & have a 50% higher chance of getting job offers
• Evolution of job profile from support roles to core business; increasing by 2% over 2012
• Women in overall managerial roles as a proportion of total women employees has increased by 2 per cent over FY2012
• Average hours spent on training has increased by 38 per cent over FY2012, while that for men has only increased by 26%