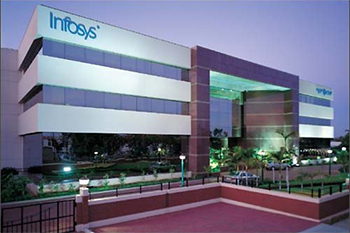 Infy Results: Beyond the Balance Sheet

The Infosys departure from the tradition of kick-starting the Q4 results is, in all probability, another Sikka-led design-over-default stance, going by the quality of his transformational spree ever since he took over the reins of the IT services major. Expect the FY16 blueprint to unleash path-breaking intent if not record-breaking numbers.

The Infosys departure from the tradition of kick-starting the Q4 results is, in all probability, another Sikka-led design-over-default stance, going by the quality of his transformational spree ever since he took over the reins of the IT services major. Expect the FY16 blueprint to unleash path-breaking intent if not record-breaking numbers.

The IT sector, analysts predict, is likely to announce a largely depressed quarter report card and suppressed guidance for the next quarters. And yet, April 24, 2015 will be a special day for Infosys as also for the Indian IT service market notwithstanding its leadership dilution in recent times. Media speculation is focused on the possibilities of key announcements – primarily on cash reserves deployment and capital allocation – but the date postponement seems an upshot of something more decisive, something like a grand strategy blueprint, else Infosys won’t risk shifting the calendar for trivial reasons.

More than merely address the Sticky share buy-back (pressed by influential retail shareholders) Vs Dividend issue, Infosys will have a lot to declare on the committed and proposed impact of internal IT investments, inorganic acquisitions and innovative metrics in the league of revenue per FTE in line with the ‘New and Renew’ strategy that forms the core of Infy’s chosen future under Sikka. We can surely expect tie-ups and acquisitions in the AI and collaboration space in the time to come, who knows some of them even emanating from the recent Davos networking interaction.

Given the elongated gestation of Infy’s Gen-next initiatives, the company will leave no stone unturned in articulating its fool-proof plans of smart productization of its mammoth service spectrum in the coming future. Infosys certainly has a lot of ground to cover but that doesn’t take away even an ounce from Sikka’s current accomplishments despite the long list of woes and hindrances including high attrition, senior talent exodus and unbelievably low morale, as also tumbling financials and slipping position. Sikka’s design thinking has unleashed a bagful of remedial action – from mass promotions, attractive hikes, freedom of social expression and opinion surveys to off the job transformational training and on the job reskilling to fattening the innovation fund and making crucial key management reshuffles: resolving, working out, debugging and fixing issues in the true spirit of a tech wizard swearing by the power of algorithms. Rightsizing the ambition of the core team (or whatever was left of it) and making it blend with star inductees borrowed from one’s erstwhile den, all this to orchestrate an unified collective working towards the larger cause of the organization is a herculean feat he’s achieved with more credence than what so-called HR wizards could have managed in the short span.

Most interestingly, the media sections which rejected just about everything earlier – from the probability of his induction as CEO to his chances of success in the new avatar – are now profusely singing his praises. Those who had placed faith on some mythical insider with DNA credentials are now shouting from the rooftops that Infy’s transformation could only have been brought about by a detached outsider. Sikka has convincingly showed - both to ruthless detractors and reticent sympathizers - that enforcing transformational change has little to do with being insiders or outsiders. As long the ‘any-sider’ steers people and their capabilities in line with the contextual demands of the given industry, why can’t a leader with a product background transform a services giant - whatever the complexity, whatever the employee base?

No wonder, post-August Infy revenues and margins have been on the rise, market cap has surged, deal pipeline is impressive and the Panaya acquisition has added a ground-breaking automation dimension. Infosys, for sure, is an excellent bet, provided one can envision its emergent big leap in value, beyond what the balance sheet would currently convey, in the next five to six years.

Contrary to media perception, Sikka’s revamp mission is not a black and white diktat of replacing a service cosmos with a product universe. In fact, he has wholeheartedly applauded the company’s might and value-adds in the service space as also its unflinching emphasis on education and training infrastructure. Unlike the earlier management’s outright dismissive verdict on its core banking trump card following an amateurish, specious comparison to a lean-and-mean Silicon Valley work ethos, Sikka wants to further strengthen Finacle with cross-domain support. While the prior vision didn’t think much of the value-added Infosys labs, Sikka has taken it upon himself to make it a vibrant entity in the league of Silicon Valley R & D setups. Now that’s a coherent Valley association unlike the shallow “Billion USD with 100 people vs. 300 million USD with 5000 people” argument of the old regime to justify a manufactured need of hiving off a flagship product.

Sikka is effectively enabling his engineers to adopt a designer mindset to increase their productivity, more so on high end technology projects thereby delivering an IP-centric measurable value through intelligent automation, component reusability, technology evangelism and anticipatory innovation on the customer’s behalf. This emergent generation of imaginative programmers will surely have an industry-wide impact in the time to come. The bulk of IT service players will finally realize the perils of a volume-driven growth led by routine maintenance projects, humungous head counts and colossal real estate expanses.

In an interaction with renowned analyst Den Howlett, Sikka aptly spells out his vision for new projects by citing an instance. He says, “We’re working on a very exciting project to rethink the experience of being in a store…why is digital something that is smaller than us? Why can’t it be something that is bigger than us?” He couldn’t have said it better.

Hope he also ushers in the same sense of purpose in Infy’s corporate communications department. Despite the company’s tight-lipped media policy, we wonder how most of the internal communiqué, conversations and even emails are relayed to media stations faster than light. If this the handiwork of obliging employees, why are they not taken to task? If not, what’s the source of leakage? More importantly, what’s the role of corporate communications in this regard especially given the fact that it doesn’t ever bother to respond to formal emails? Some design thinking needed here, at least that’s what we think.