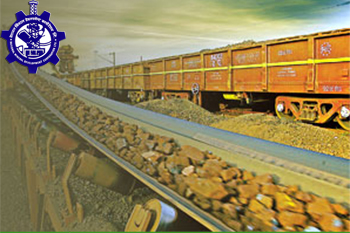 The Nifty Metal index slipped nearly 1% in the afternoon session as sudden pressure was seen in NMDC and Coal India. Shares of NMDC breached below Rs120, down with 6%.

Shares of Coal India also tumbled 3% after the Union Cabinet on Wednesday approved an ordinance seeking removal of an end-use clause in coal mining auctions in order to attract large private investments into the sector.

Shares of Ratnamani zoomed 5%, followed by Jindal Steel and SAIL, which gained in the range of 1-2% each.

Meanwhile, domestic markets erase most of the intraday losses in afternoon deals on Wednesday, with the Sensex down 42 points and the Nifty down 27 points. The sentiment was negative after Iran fired more than a dozen missiles at two US military targets inside Iraq in response to the United States' killing of senior Iranian military commander Qassem Soleimani last week.

Global shares fell on Wednesday as an Iranian missile strike on US forces in Iraq raised fears of a military escalation in the Middle East. A statement from U.S. President Donald Trump expected later in the day.