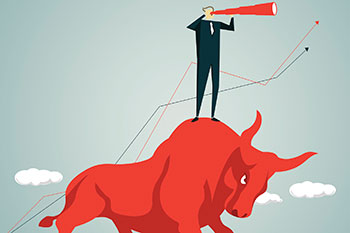 Nifty Metal rose over 4% for the third consecutive trading day. The Index has witnessed sharp gains since last week as tensions between Russia and Ukraine are expected to turn India’s metal sector attractive. Russia is a major producer of industrial metals such as aluminum and nickel and curbs on its exports make increase the demand in India.

Indian equity benchmarks suffered deep losses after a gap-down start on Wednesday, as the market returned to trade after a day’s holiday. Geopolitical tensions escalated as Russia further advanced its invasion of Ukraine that began last week. Crude oil prices surged more than 7% to their highest since 2014. Losses in financial and auto stocks pulled the headline indices lower, though gains in oil & gas and metal shares lent some support.


Coal India was 6.7% higher at Rs180.95 per piece. The state-owned company has produced 64.3 million tonnes (MT) of coal in February, registering a growth of nearly 4% compared to the year-ago period. It had produced 61.9 MT of coal in the corresponding month of the previous fiscal.
Hindalco Industries was 6% higher at Rs608.30 per piece. The company on Friday announced that it has entered into a share purchase agreement with Terrabel Empreedimentos Ltda, a Brazilian firm to divest entire equity shareholding in Hindalco Do Brazil Industria Comercia de Alumina LTDA (HDB).

Tata Steel (up 5.18%), Jindal Steel (up 5.11%) and Hindustan Zinc (up 5.05%) also lifted the sectorial performance to continue winning streak.
Welspun Corp, NMDC and NALCO also rose around 4% while Vedanta and SAIL was around 3% higher.

Ratnamani Metals & Tubes and APL Apollo Tubes sank over 1% each to drag the sector.