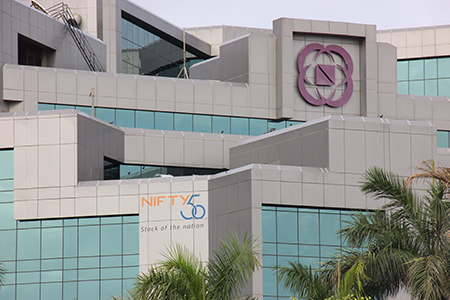 It has been a positive start to the month of June as the Indian stock market closed the first trading session in the green. The gross domestic product (GDP) number for January-March quarter was robust however it failed to build the momentum. India’s GDP grew 7.9% in the January-March quarter of 2015-16, taking the overall economic growth to a five-year high of 7.6% for the entire fiscal. Even the country's manufacturing PMI came in at 50.7 as against 50.5 in April indicating an uptick in the manufacturing data.
Sentiment was also buoyed as the production of eight core sectors jumped 8.5% in April on the back of pick-up in output of refinery products, fertilisers, steel, cement and electricity.

Telecom, FMCG, Teck, IT and realty index on the BSE ended with smart gains. On the other hand, banking, auto, industrial, finance, capital goods, metal and power index ended with losses.

Shares of Unichem Laboratories closed 1.13% higher to Rs.265.50 on BSE after the company yesterday said that it has earmarked Rs.200 crore capital expenditure for FY17. According to the company, most of the funds would go into the company's upcoming API plant in Kolhapur, Maharashtra. "In the current year we are looking at around Rs 150-200 crore of capex which may get spilled over to FY2018 also," Unichem Laboratories VP Finance and CFO Rakesh Parikh said in an analyst call yesterday.

Vakrangee jumped 2.4% to Rs.183.50 on BSE. The company announced a partnership with Aramex India Pvt Ltd, a leading global provider of logistics and transportation solutions. With this partnership, Vakrangee has added another essential and widely used service to the basket of services that are being offered through its last-mile retail outlets known as “Vakrangee Kendra”.

Reliance Communications zoomed 4.7% to Rs.49.25. The company reportedly said it expects to cut down debt by 75% through merger of MTS, Aircel and sales of mobile towers.

Maruti Suzuki ended marginally lower on BSE. The company sold 1.2 lakh units in May, which increased by 7.1% compared to 1.15 lakh units sold in year-ago period. The growth was completely driven by domestic business while exports disappointed. Its domestic sales grew by 10.6% to 1.13 lakh units while exports fell 20.8% to 9,872 units against 12,466 units in corresponding period of last fiscal.

Cadila Healthcare slipped 1% to Rs.333 on BSE. The company announced Zydus received final approval from the USFDA for Amantadine Hydrochloride Capsules. The stock is currently trading 1.3% higher at Rs.341 on BSE.

A total of 44 stocks registered a fresh 52-week high in trades today, whereas 34 stocks touched a new 52-week low on the NSE.