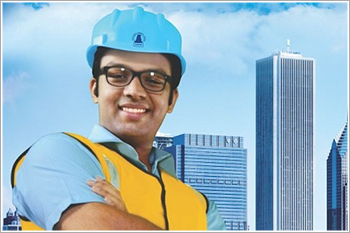 The operating ratio for Q3FY22 is 15% against 30% in Q3FY21. The industry could not pass on the cost increase arising out of sharp fuel price hike, to its customers in view of weak demand persisted during the quarter, due to various reasons viz, monsoon, festivals and COVID implications.

The sale of cement is 3.01 million tons during the quarter under review, compared to 2.61 million tons in the corresponding period of the PY with a growth of 15%. During this quarter, the Company has launched its new product viz. Super Plaster in Karnataka and AP markets. This product was launched in Tamil Nadu during the previous quarter. The company continue to focus on the strategy of right products for right applications to make its brand stronger.

During the quarter, Windfarms have generated 2.28cr units as against 3.50 crore units in the previous corresponding period, resulted in decrease of 35%.

The average increase in diesel prices by 22% during the current quarter has resulted in increase of in-bound / out-bound logistics cost. The spot prices of pet coke per ton has peaked to $250 in Oct-21 and the current spot CIF price is around $150. The spot prices of imported coal per ton of 5000 GAR from Indonesia have gone to the unprecedented level of $225 in Oct-21 and gradually softened to $110 in Dec-21. Since the fuel, prices have peaked out during this quarter the power & fuel cost per ton of cement for Q3 has sharply increased to Rs1,380/- from Rs818/- in Q3.

However, the operations of 18 MW WHRS in Jayanthipuram have helped to moderate the overall power & fuel cost to certain extent. In respect of balance 9 MW WHRS, one boiler was commissioned in Nov-21 to generate 5 MW of power from waste heat is under stabilisation. The other boiler is expected to be commissioned in Apr-22.