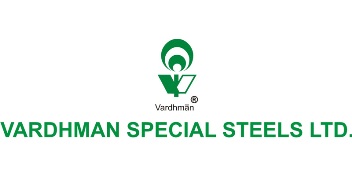 Vardhman Special Steels Limited, producers of special steels catering to diverse sectors of automotive, engineering, tractor, bearing & allied industries, has announced its unaudited financial results for the third quarter and nine-months ended December 31, 2021.
.
The volumes for the quarter stood at 44,723 tonnes as against 45,964 tonnes in Q3FY21. The company had 15 days of shut down of Steel Melt Shop during the quarter in addition to slight slackness in demand.

Revenue from Operations stood at Rs359.32cr in Q3FY22, as against Rs287.65cr in Q3FY21, growth of 24.91% mainly on account of a price increase. EBITDA (including other income) for the quarter is Rs40.76cr as against Rs42.64cr in Q3FY21, a decrease of 4.40%. Despite the sharp increase in raw material price Company’s strict measures to control other costs led to the lower decline in EBITDA.

Sachit Jain, Vice Chairman & Managing Director, Vardhman Special Steels Ltd. said, “Our Q3FY22 profitability has been lower than our earlier quarters however it is still within the normal range. The price increase of raw material costs, slackness in demand and therefore less than expected increase in price increase from OEMs led to this. Also, the plant shut down was in effect for about 15 days during the quarter.

Our capital employed has been on the higher slide because of increase in inventories due to the planned plant shutdown as well as surplus raw material inventory which was a conscious and strategic decision.”

On an overall basis, I believe, given the circumstances, we performed on the satisfactory side. Despite slight decrease in volume sales yoy, our topline grew by over 24% to Rs359cr for the quarter in discussion on account of the price increase though less than then expected. And despite the sharp increase in Raw Material costs, EBITDA YoY declined by just over 4%,” he added.