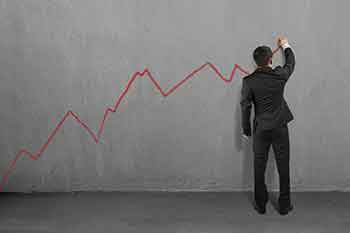 The 2017 Nobel Prize in Economics was awarded to Richard Thaler from the University of Chicago. The US academic has won the Nobel prize in economics for his pioneering work in the field of behavioral economics. The Royal Swedish Academy of Sciences, which awarded the £845,000 prize, praised Thaler for incorporating psychological assumptions into analyses of economic decision-making. His work has focused on people’s economic behaviors and on ways that people’s behavior differs from the predictions of economic models.

The Nobel Prize in Economics:

The Nobel Memorial Prize in Economic Sciences, commonly referred to as the Nobel Prize in Economics, is an award for outstanding contributions to the science of economics and is generally considered one of the most prestigious awards for that science. The official name is the Sveriges Riksbank Prize in Economic Sciences in Memory of Alfred Nobel. It is not actually one of the Nobel Prizes established by the will of Alfred Nobel during 1895. The Prize in Economics, as it is referred to by the Nobel Foundation, was established and endowed by Sveriges Riksbank, Sweden's central bank, during 1968 on the Bank's 300th anniversary, in memory of Alfred Nobel's 1895 will. Like the Nobel Laureates in Chemistry and Physics, Laureates in Economics are selected by the Royal Swedish Academy of Sciences. It was first awarded during 1969 to the Dutch and Norwegian economists Jan Tinbergen and Ragnar Frisch, "for having developed and applied dynamic models for the analysis of economic processes.

One of the things that Thaler has become known for is the concept of the “nudge,” which is a small change to someone’s environment that can have a big influence on their behavior in economic situations (Nudge -a term he coined to help explain how small interventions can encourage individuals to make different decisions. Nudges can, however, be manipulative, to the detriment of individuals). The most famous example of a nudge is forcing people to “opt out” of default options. Suppose you are signing up for a driver’s license and you are asked whether you want to become an organ donor.  Typically, to become an organ donor, you have to “opt in” by checking a box on a form. However, you could change the default on the form and assume that everyone would be an organ donor unless they opt out of doing it. Research suggests that people typically stick with the default option on a form. That means policy makers can decide which option they want most people to choose and make that one the default.

Brexit is one example of how behavioral economics can be useful. Thaler has suggested that the theory can help explain how the narrow vote to leave the EU was influenced by gut choices, as opposed to rational decision-making. The theory is particularly useful for companies and marketers looking to increase sales by encouraging changes in behavior by consumers. It can also be used for the purposes of setting public policy. Here are some more examples of nudge theory:

Thaler suggests changes can be made to an individual’s “choice environment” to influence their behavior. The best example of this comes in the supermarket, where attention can be drawn to certain products to encourage consumers to spend money.

The Whitehall nudge unit (UK) helped to rewrite tax reminder letters using principles of behavioral economics, which it said helped to bring forward more than £200m for the government in one year.

The team, established after the 2010 election, applies insights from academic research in behavioral economics and psychology to public policy and services. Set up by David Cameron in 2010 to try to improve public services and save money. Pensions, taxes, mobile phone theft, e-cigarettes, unemployment, foster care, army recruitment, police diversity, adult education, charitable giving – you name it, the unit team has worked on these areas – or applied insights from behavioral economics and psychology to it, to be more specific. The “nudge unit” (nicknamed after the best-selling book by economist Richard H Thaler) permeates almost every area of government policy.

Behavioural economics incorporates the study of psychology into the analysis of the decision-making behind an economic outcome, such as the factors leading up to a consumer buying one product instead of another. Behavioral economics, along with the related sub-field behavioral finance, studies the effects of psychological, social, cognitive, and emotional factors on the economic decisions of individuals and institutions and the consequences for market prices, returns, and resource allocation.

In an ideal world, people would always make optimal decisions that provide them with the greatest benefit and satisfaction. In economics, rational choice theory states that when humans are presented with various options under the conditions of scarcity, they would choose the option that maximizes their individual satisfaction. This theory assumes that people, given their preferences and constraints, are capable of making rational decisions by effectively weighing the costs and benefits of each option available to them. The final decision made will be the best choice for the individual. The rational person has self-control and is unmoved by emotions and external factors and, hence, knows what is best for himself. Behavioral economics explains that humans are not rational and are need not always make good decisions.

Behavioral economics draws on psychology and economics to explore why people sometimes make irrational decisions, and why and how their behavior does not follow the predictions of economic models. Decisions such as how much to pay for a cup of coffee, whether to go to school, whether to pursue a healthy lifestyle, how much to contribute towards retirement, etc. are the sorts of decisions that most people make at some point in their lives. Behavioral economics seeks to explain why an individual decided to go for choice A, instead of choice because humans are emotional and easily distracted beings, they make decisions that are not in their self-interest.

Companies are increasingly incorporating behavioral economics to increase sales of their products. In 2007, the price of the 8GB iPhone was introduced for $600 and quickly reduced to $400. What if the intrinsic value of the phone was $400 anyway? If Apple introduced the phone for $400, the initial reaction to the price in the smartphone market might have been negative as the phone might be thought to be too pricey. But by introducing the phone at a higher price and bringing it down to $400, consumers believed they were getting a pretty good deal and sales surged for Apple.