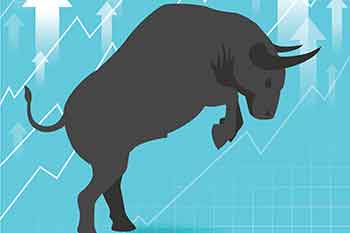 After a break, indices May resume uptrend

On the intra-day charts, Nifty is also on the verge of breaking out from the falling wedge pattern. Index has provided pullback from cluster of important support placed between 7670 and 7710. i.e. gann support. So the recovery seen from Friday’s low is likely to continue in the near term.

As mentioned in our earlier blog Nifty at 7973: Back where it all began! Nifty went through a corrective phase. Inability to clear the hurdle of 7973 has led to a correction towards 7678.

In the process, it also completed the final leg of the ABCD pattern. Once this pattern is played out, ideally it attempts to retrace back to point A or at least half of the entire ABCD move, which is placed around 7835 (first target). Index has provided pullback from cluster of important support placed between 7670 and 7710. i.e. gann support. So the recovery seen from Friday’s low is likely to continue in the near term.

On the intra-day charts, Nifty is also on the verge of breaking out from the falling wedge pattern. It is a bullish continuation pattern wherein the range continues to diminish in size. It could be termed a corrective reaction in an ongoing uptrend. A move 7750 would lead to an upward breakout in the direction of the recent high.

With S&P 500 index also trading around the support of 50-DMA, some pullback is expected in the near term in US markets.

With possibility of resumption of previous uptrend on the horizon, it is important to look at the stocks which are showing positive momentum.

Asian Paints: Asian Paints on the daily chart has been moving in a triangle pattern since August 2015. Several attempts of breaking out from the downward sloping trendline of the triangle has acted as a strong supply pressure. After declining from the supply points, the stock has re-tested the support levels. As the volumes remained low during the declines, the fall can be construed as consolidation with intermediate trend remaining up. At present the stock is taking solid support at 50-WMA and RSI too has been holding the 50 mark. A move above Rs900 would result in breakout from this long consolidation and also it will cross above the midpoint of the current gann channel, suggesting a rally of atleast 6-7% towards Rs970.  Maintain SL of Rs855.

GAIL: Daily chart of Gail depicts a bullish inverted head and shoulder bottom formation with prices moving above the neckline support levels of Rs370. Slope of neckline of inverted head and shoulder pattern signifies strength as a flatter the neckline signifies inherent strength in the rally. Prior to Friday’s upmove of 5%, the stock witnessed strong consolidation at the neckline, suggesting that the stock is in the middle phase of the rally. We expect GAIL to rally towards a medium term target of Rs430.  Maintain SL of Rs360.

McDowell: The weekly chart offers an escape from chaos for McDowell. It is carving out ~3-year Bullish Bat pattern that began from August 2013. The pattern reached its completion stage after hitting a low of Rs2,225 and thereby retracing ~88.6% of the XA leg. Also, it represents a 161.8% extension of the BC leg which is essentially the PRZ for the stock. We expect the stock to attempt Rs2,850 in next 2-3 months. Maintain SL of Rs2,430.

The author is Head of Technicals Research, IIFL