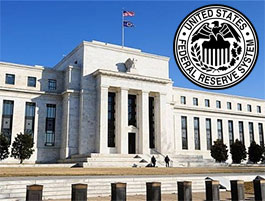 Fed’s inability to move on the rates portrays a complex situation. The problem with kicking the can down the road is that global economic conditions are not at all poised to improve for the next few quarters.

Markets were eagerly looking forward to the September US FOMC meeting, wherein an element of participants (including me) were expecting the dust to eventually settle down as far as the move on the interest rates is concerned.  To their surprise, Federal Reserve decided to maintain status quo on the interest rates. The central bank justified the move by stating that fragile global economy has dissuaded it from initiating a hike in the interest rates. Fed further elaborated that recent economic and financial disorder across the globe can impact US economy and also lead to subdued inflationary levels. However, Fed maintained that there is a possibility of a hike in the interest rates this year, as the labour markets has strengthened and subdued inflation is a temporary phenomenon.

Markets now expect the Federal Reserve to act either in October or December, however we remain sceptical. The policy statement clearly seems to be more dovish, as Fed is more concerned about the impact of overseas developments, in spite of the fact that US economy is largely driven by domestic consumption, which is growing on a strong note. We take Fed’s notion of subdued inflation being transient with a grain of salt. There are dim prospects of Fed attaining its inflation target of 2% in the short run, considering prolonged lower commodity prices and excess supply capacity. Fed’s obsession with inflation is overshadowing the improvement in US consumer spending and GDP growth numbers. The current US economic landscape justifies at least 25 basis points raise. We sense that Fed remains indecisive on the health of US economy and is simply beating around the bush as far as the interest rate trajectory is concerned.

Fed’s inability to move on the rates portrays a complex situation. The problem with kicking the can down the road is that global economic conditions are not at all poised to improve for the next few quarters. In fact, things can get worse before they get better. Effectively, we doubt whether Fed will have the courage to move on the rates this year. There could be a long pause before the first rate hike. Emerging markets might heave a sigh of relief, as Fed’s dovish language implies that the threat of capital outflows has mitigated. But the broader concerns regarding the health of global economy (which Fed has also endorsed) will keep on haunting various asset classes at regular intervals. In fact, the element of uncertainty will aggravate in the longer run.