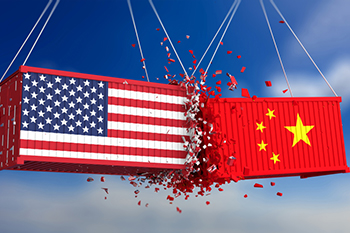 Finally a US-China trade deal happens; albeit, half a deal

The IMF has estimated that since the trade war began in March 2018, the loss to the world in terms of GDP value was close to $800 billion.

If Winston Churchill had been alive, how eloquently would he have described the Friday Phase 1 trade deal between the US and China? “This is not a deal; this is not even the beginning of the deal; it is the start of the beginning of a trade deal”. Churchill had the capacity to be incredibly abstruse but he also could offer precise descriptions. After all, that is what the Phase 1 Trade Deal (as Trump called it) really was.

Gist of the Phase 1 trade deal
If the market euphoria over the last few days was any indication, it almost looked like the markets were awaiting the deal. That is hardly surprising. The IMF has estimated that since the trade war began in March 2018, the loss to the world in terms of GDP value was close to $800 billion. It was beginning to hit both the US and China and that explains the urgency for the deal.

Phase 1 trade deal will take another 4 weeks to become a full-fledged document. But the contours of the deal are visible. The US has agreed to put off the tariff hike scheduled for October. As per the original pronouncement, the US was to increase import tariffs on $250 billion worth of Chinese imports from 25% to 30%. Now that hike is not likely to happen, although the status quo remains. In return, China has committed to increase its purchase of US farm products to $50 billion. This will almost imply doubling of US farm exports level prior to the tariff war.

Additionally, the US will grant access to Chinese telecom and AI (artificial intelligence) companies including names like Huawei and ZTE. In exchange, China will make a commitment that it will not let the Yuan weaken to compensate for the higher tariffs. That, in a nutshell, is the gist of the Phase 1 trade deal.

But, what about the 7 deadly Chinese trade sins?
This was a phrase coined by White House trade advisor, Peter Navarro. The seven deadly trade sins committed by China, according to Navarro, include:

If one were to look at the contours of the Phase 1 trade deal, only the manipulating of the Yuan is partially addressed. There is a virtual status quo on the other 6 deadly trade sins. For the trade deal to be sustainable there is a need to address all seven issues.

Actually it was a Hobson’s choice for the US and China
Both the US and China are beginning to realize that the trade war is not doing either nation any good. Consider the chart below.

The tariff war actually began in March 2018 and immediately the trade deficit sharply increased before coming back to normal levels. Obviously, China has used the weak Yuan to offset tariffs, which explains why the trade deficit has not really improved in absolute terms. Effectively, tariffs are forcing US consumers to pay more and that is not a good feeling for the US, especially when the deficit has hardly improved. China, on its part is going through a food production crisis and US imports offer the best solution. Effectively, phase 1 of the trade deal saves the US consumers from higher prices, farmers get a ready market in China and China solves its food problem.

Will trade deal make a difference to India?

There are a few obvious implications for India from the Phase 1 of the US-China trade deal.

If not anything, this Phase 1 trade deal will certainly be a sentimental booster for the market. And that surely matters!