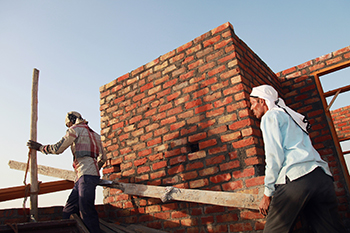 The year 2017 was considered to be a dark time for the real estate market in India when the government unleashed its full wrath on developers with the advent of RERA. Another major setback to an already stagnating market was the advent of demonetization, after which, the government also went ahead to introduce the Goods and Services Tax (GST), which absolutely broke the back of the real estate industry.

Let’s have a closer look at how these three major policies affected real estate across the spectrum in India.

RERA was introduced to infuse a sense of accountability and transparency in a market known for under-handed dealings and incomplete promises. Thanks to the advent of the Act, developers were forced to tighten up their transactions and stand true on deliverables within the time stipulated by them.

Demonetization played a huge role in the real estate sector coming almost to a crunching halt. Developers were struggling to complete existing projects on time, while homebuyers wanted to sit on their investment and not be too indulgent or divulging in an extremely volatile market.

GST was almost like the final straw for an already slowed-down real estate market. The higher tax rate on being able to purchase what is already an expensive home for most people threw many a homebuyer and investors off the scent of a prospective purchase.

Under considerable strain, the real estate sector looked to the government to bail itself out of trouble. The government, too, understood the shortcomings in what was an extremely stringent policy and reacted with policies and measures to level the playing field for developers.

Here are three major policies that have now returned some sort of semblance of optimism to the sector.

Cutting the GST rate from 12% to 8%, coupled with the credit-linked subsidy scheme, will bring about a definite spurt in the number of prospective homeowners looking to buy a new home in 2018.

To encourage more private sector funding, especially in the affordable housing segment, the government has introduced a host of new public-private policies (PPPs) to help prop up the real estate sector while also fairly incentivising the private developer.

The government’s initiative to develop 1.2cr new houses for the economically weaker sections of society under the Pradhan Mantri Awas Yojana (PMAY) is another considerable initiative to bring back happy smiles to a flagging real estate market. What initially started as a metro city initiative is now spreading its wings into the interiors, thus giving an opportunity for developers to broaden their spectrum.